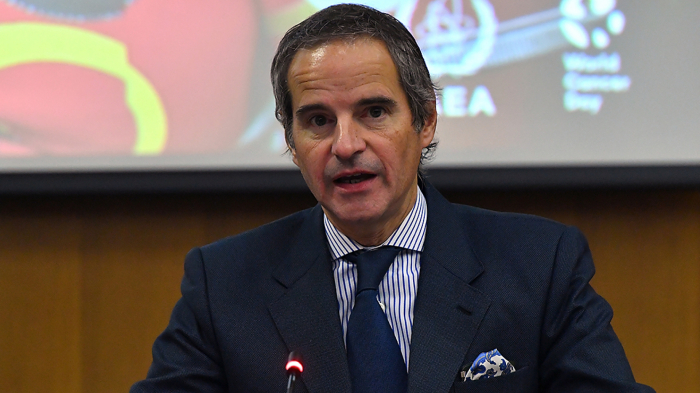 "Grossi has been invited to travel to Tehran. A date has been set in this regard and we are waiting for his response to the specified date. He will visit Iran probably soon," Saeed Khatibzadeh told a weekly news conference.

Khatibzadeh did not specify whether Grossi's trip will take place before next week's meeting of the International Atomic Energy Agency's (IAEA) 35-nation Board of Governors.

Western powers scrapped plans in September for a resolution criticising Iran at the IAEA after Tehran agreed on Sept. 12 to prolong monitoring of some nuclear activities and invited Grossi to Tehran for talks on outstanding issues.

But still they demand Tehran's action on two central issues - explaining uranium traces found at three undeclared sites and granting IAEA inspectors access to the TESA Karaj centrifuge component manufacturing workshop to replace its cameras.
The workshop was the victim of apparent sabotage in June in which one of four IAEA cameras there was destroyed. Iran has not returned that camera's "data storage medium" and the IAEA said it had asked Iran to locate it and explain.
An escalation between Tehran and the agency over the unresolved matters could undermine talks between Tehran and powers that will resume on Nov. 29 on reviving their 2015 nuclear deal.

Negotiations to salvage the pact, which started in April, were halted after the June election of hardline Iranian President Ebrahim Raisi.

After U.S. President Donald Trump abandoned the deal and reimposed sanctions on Iran, which has gradually breached the deal by rebuilding stockpiles of enriched uranium, refining it to higher fissile purity and installing advanced centrifuges to speed up output.

Despite six round of indirect talks, Tehran and U.S. President Joe Biden's administration still disagree on which steps need to be taken and when, with the key issues being what nuclear limits Tehran will accept and what sanctions Washington will remove.