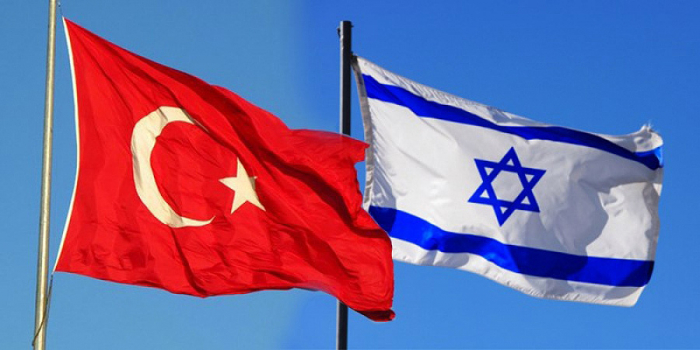 According to a statement by Ankara, Erdogan stated that Turkey-Israel relations are also important for the security and stability of the Middle East, and that differences of opinion can be minimized if there is mutual understanding on both bilateral and regional issues.

Emphasizing that it is essential to re-establish the culture of peace, tolerance and coexistence in the region, Erdogan said that in this respect, the development of Palestinian-Israeli relations and the resumption of the peace process are priorities.

He also noted that maintaining contact and dialogue between Turkey and Israel is in the common interest.

The call came after an Israeli couple held by Turkey on suspicion of espionage returned home on Thursday after they were released from a weeklong detention.

Mordi and Natalie Oknin arrived to their home in central Israel where they were greeted by family and a crowd of reporters. From the family's balcony, Natalie thanked all those involved in securing their release.

A statement by Israel’s prime minister and foreign minister earlier announced the release and also expressed gratitude to the president and government of Turkey.