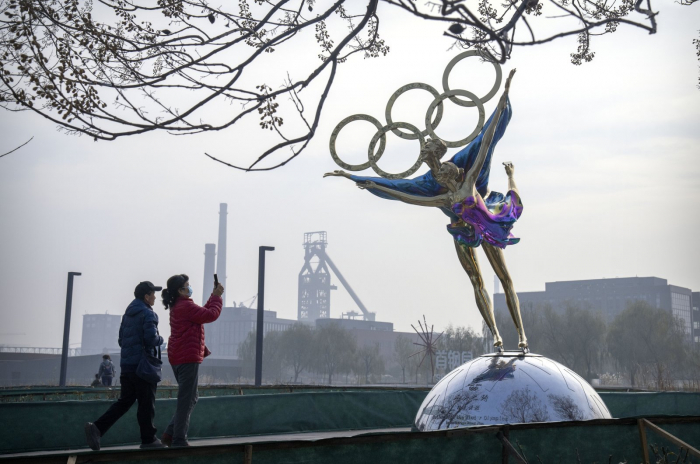 That is "something we are considering," Biden told reporters while meeting with Canada's prime minister, Justin Trudeau. The Beijing Olympics take place next February.

A diplomatic boycott would mean that a delegation of U.S. officials would not attend the opening of the Beijing Winter Olympics in February.

Governments typically send a high-ranking delegation of diplomats to opening ceremonies in a show of international support for the thousands of athletes from around the world who participate. The 2022 Winter Olympics run from Feb. 4-20.

Activists and some members of Congress from both parties have been pressing the Biden administration to diplomatically boycott the event.

The U.S. government accuses China of carrying out a genocide against Muslim ethnic groups in its western Xinjiang region, accusations that Beijing denies.