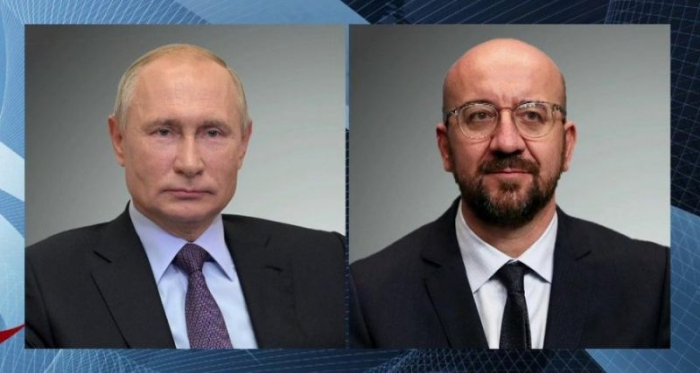 Russian President Vladimir Putin and President of the European Council Charles Michel discussed the situation around Karabakh in a phone call on Wednesday, AzVision.az reports citing the Kremlin’s press service.

At the request of Charles Michel, the Russian leader provided information about the steps being taken to implement the provisions of the trilateral agreements on Karabakh of 10 November 2020 and 11 January 2021, to ensure a peaceful life in the region, as well as to restore economic and transport links in the South Caucasus, the press service said.

It was noted that the abovementioned issues are planned to be discussed at a meeting of the Russian, Azerbaijani and Armenian leaders on November 26 in Sochi.