Is parenting scarier than ever? - iWONDER 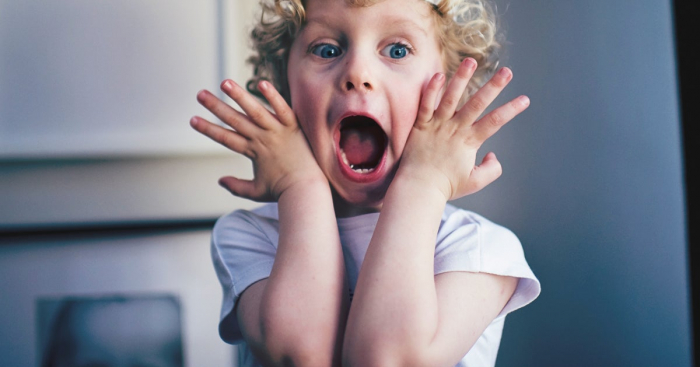 In an uncertain world, young people are grappling with the question: to have children or not?

Then 37-year-old Heather Marcoux was expecting her son several years ago, she and her husband assumed it’d be the first of multiple pregnancies.

“We certainly thought we’d have more than one,” says Marcoux, who lives in Alberta, Canada. But today, the parents are very clear that their now-primary-school-aged son will never have a sibling. “We can offer our one child a pretty good standard of living,” she says. “But if we added any more kids, it would go down significantly.”

It’s in part a financial decision; even with Marcoux and her husband’s incomes combined, childcare is a struggle, and saving in any significant way is impossible. But it also has to do with a lack of support and doubt about the future.

“I feel like another child would be a burden we just could not handle,” says Marcoux. “Nobody wants to think of their growing family as a burden. That’s messed up to even say. But some days we just think it feels so impossible what we’re trying to do with one. How could we make [our day-to-day lives] work with more? Some family members are disappointed by our choice, but the world is just different now.”

The global birth rate is falling. That’s not necessarily news; it’s been on the decline since 1950, according to data collected by Washington, DC-based non-profit Population Reference Bureau. But the decline in more recent years has been especially stark: in 2021, the global fertility rate is 2.3 births per woman; in 1990, it was 3.2. A new Pew Research Center survey found that a growing percentage of childless US adults ages 18 to 49 intend to remain that way. In every single European nation, fertility in 2021 was below the 2.1 births per woman generally considered the “rate of replacement” for a population. In a number of those countries, birth rates hit record lows.

It’s not hard to imagine why young people are hesitating to have large families. Financial stability is more difficult to achieve than ever. One in 10 non-retired Americans say their finances may never recover from the pandemic, and significant inflation could be looming in Europe. In many places, home ownership is all but a pipe dream. Political and civil unrest is rampant across the world, and climate is in crisis. It’s easy to adopt a dismal view of the future.

“The central explanation is the rise of uncertainty,” Daniele Vignoli, professor of demography at the University of Florence, said in his keynote address at a research workshop hosted on Zoom by the European University Institute. “The increasing speed, dynamics and volatility” of change on numerous fronts, he explains, “make it increasingly difficult for individuals to predict their future”.

And while the global unemployment rate rebounded post-recession, it hasn’t rebounded evenly across industries and levels. “There’s been a decline of good jobs for people in lower and middle-income households – union jobs, construction, manufacturing – those jobs were not coming back, and they’re stable, good jobs for people with lower levels of education,” says Gemmill. A 2019 US study showed the loss of certain jobs, including manufacturing, had a greater impact than overall unemployment on total fertility rate.

Gemmill adds the rise of gig work and shift work – jobs that don’t generally come with family benefits, like childcare or healthcare in privatised countries – also creates questions around future stability, and influences decision-making around parenting.

Some family members are disappointed by our choice, but the world is just different now – Heather Marcoux
And economic uncertainty extends past employment, to housing uncertainty. A recent study by researchers at the Centre for Population Change at the University of Southampton, UK, showed the usual assumption that people would own a home before having children – one that was backed up by data until about 2012 – no longer holds true. In fact, financial realities may now mean young people have to choose between owning a home or having one or more children.

“This disconnection between owning a home and becoming a parent has significant implications for parenthood in general,” said lead researcher Professor Ann Berrington in a press release. “If it is the case, as we propose, that homeownership is increasingly competing with the costs of having children, then it is likely that those who do manage to buy a home might well postpone or even forego having children.”

Marcoux says the pressures of paying a mortgage and maintaining a home are part of the reason she won’t have more children. It’s scary, she says, to think that something catastrophic could happen and throw the family into financial crisis. On top of that, adds Marcoux, she worries that she isn’t providing enough for her son.

Parents from every generation have had stressors, but modern media means parents now are increasingly confronted with the world's terrifying goings on (Credit: Getty Images)

For would-be parents, these financial concerns can be compounded by worries over political and civil unrest, both local and global – fears that can be further exacerbated by the constant presence of media in our lives, which can amplify conflict and division.

And while wars and political issues have been a reality for nearly every generation, everywhere, parents today arguably face a world that seems much scarier than that of their own parents or grandparents. Despite higher-than-ever life expectancy, improved technology and access to modern healthcare, omnipresent media means we’re more hyper-aware of all the world’s terrifying goings-on, from food shortages to school shootings.

Data from the most recent Global Peace Index, an annual report compiled by the Sydney-based Institute for Economics & Peace, shows civil unrest has more than doubled in the world over the past decade, with a significant spike in 2020 alone, when it increased globally by 10%.

Forty years of data across nations that experienced civil conflict shows fertility rates typically fall by up to one-third during periods of instability. People have fewer children, says Gemmill, when they’re terrified by what their progeny might have to contend with.

Marcoux also feels divisiveness impacts people at the neighbourhood level, too. There’s a lack of community, she says, that makes parenting a lot harder – and lonelier – than it used to be. “When I was a kid in the early 1990s, all the moms on the block were stay-at-home-moms. Everybody was always around, you knew your neighbours and you had community support,” she says.

Marcoux says she doesn’t feel that support, and being isolated in her own community adds to the fears of modern parenting. In one 2018 study, two-thirds of US millennials surveyed reported feeling disconnected from their communities – unfortunate findings, considering social ties are one of the strongest predictors of happiness.

“We don’t even know our neighbours. I think community has really eroded,” says Marcoux. “And now, especially, the political issues are really coming to the fore and some people are losing relationships with people we might’ve counted on in the past, because our beliefs, morals and ethics are just not compatible.”

A climate of uncertainty

In the Pew Research survey, when people who said they were unlikely to have children in the future were asked why, 5% cited environmental reasons. A 2019 poll by Business Insider showed close to a third of Americans, including nearly 40% of those aged 18 to 29, thought couples should “consider the negative effects of climate change when deciding whether or not to have children”.

It's not just that a growing population increases humanity’s carbon footprint. Marcoux says she fears the next generation will suffer with the worst effects of climate change, and she worries about the version of the Earth her child and potential grandchildren will inherit.

She says the climate crisis only reinforces her choice to keep her son an only child. “Why would I bring another child into the mix when I sometimes think about the future and am just terrified for him? I do lay awake at night thinking about what his future will be like,” she says. “This is another thing my husband and I talk about nonstop. He wonders, did we make the right choice? Are we burdening our child with having to deal with the consequences? Were we being selfish?”

They’re questions plaguing entire generations as they decide how many children to have, or whether to have any at all, in the face of increasingly desperate reports about the state of the planet.

“It didn't occur to me that the climate’s tipping point might present itself during my own ovarian prime time,” writes Sierra adventure editor Katie O’Reilly in a 2019 piece for the magazine about grappling with the choice to pursue motherhood as an environmental journalist in the era of climate crisis. “It's become impossible to ignore the fact that things are looking increasingly grim for my generation's offspring. How could I look my hypothetical child in the eye and acknowledge that I willingly brought them into a chaotic, increasingly uninhabitable world, that I knew all their favourite picture-book animals were going extinct?”

As I write this, my own first child squirms and hiccups inside me. I’ve had a blessedly uncomplicated pregnancy, physically speaking, but mentally and emotionally, I’m knee-deep in murky, mixed-up feelings about impending parenthood.

I thought that, at 31, I’d be in a different place financially. My student loans aren’t paid off, and, barring major legislative action, I’ll likely keep carrying them around until my kid is in kindergarten, at least. I live in rural Pennsylvania, US, where the cost of living is low and I have easy access to healthy, affordable local food. But my home is rented, I’m far from my family, and while I have a loving community of neighbours, it’s tough to shake the feeling of impermanence. I am anxious about birthing a child into a pandemic, and into a country where the political peace feels – to me – tenuous. I am anxious about so many things.

Overpowering the fear is a deep, visceral excitement and an unmistakable optimism. I can’t wait to walk with my child in the natural world, battered though it may be, pointing out the preciousness of the Appalachian hardwood trees and the moths and mussels, and the deep snow on the ski hill.

I tell myself we’ll simply do our best to familiarise – not scare – our baby with the world’s problems, and then empower them to believe they can help right the ship. Parenthood is terrifying, but feels like exactly the right choice for me. Somehow, it seems, both things can be true.