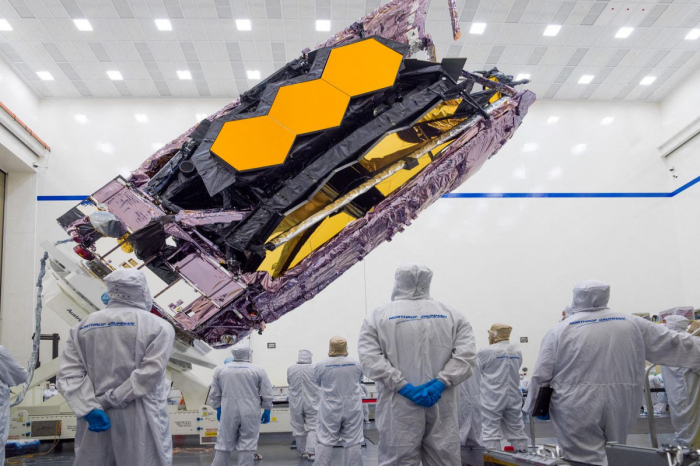 NASA's James Webb Space Telescope, designed to give the world an unprecedented glimpse of infant galaxies in the early stages of the universe, arrived at its gravitational parking spot in orbit around the sun on Monday, nearly a million miles from Earth, AzVision.az reports citing Reuters.

With a final five-minute, course-correcting thrust of its onboard rocket, Webb reached its destination at a position of gravitational equilibrium known as the second Sun-Earth Lagrange point, or L2, arriving one month after launch, NASA officials said.

The thruster was activated by mission control engineers at the Space Telescope Science Institute in Baltimore, with radio signals confirming Webb was successfully "inserted" into its desired orbital loop around L2.

From there, Webb will follow a special "halo" path that keeps it in constant alignment with Earth but out of its shadow, as the planet and telescope circle the sun in tandem. The prescribed L2 orbit within the larger solar orbit thus enables uninterrupted radio contact, while bathing Webb's solar-power array in non-stop sunlight.

By comparison, Webb's 30-year-old predecessor, the Hubble Space Telescope, orbits the Earth from 340 miles (547 km) away, passing in and out of the planet's shadow every 90 minutes.

The combined pull of the sun and Earth at L2 - a point of near gravitational stability first deduced by 18-century mathematician Joseph-Louis Legrange - will minimize the telescope's drift in space.