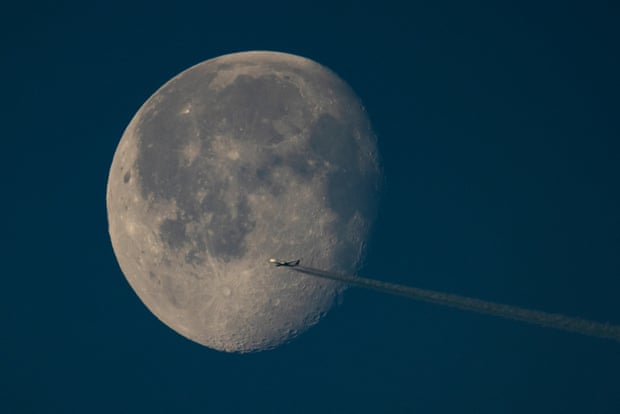 A SpaceX rocket is on a collision course with the moon after spending almost seven years hurtling through space, experts say.

The booster was originally launched from Florida in February 2015 as part of an interplanetary mission to send a space weather satellite on a million-mile journey.

But after completing a long burn of its engines and sending the NOAA’s Deep Space Climate Observatory on its way to the so-called Lagrange point – a gravity-neutral position four times further than the moon and in direct line with the sun – the rocket’s second stage became derelict.

At this stage it was high enough that it did not have enough fuel to return to Earth’s atmosphere but also “lacked the energy to escape the gravity of the Earth-Moon system”, meteorologist Eric Berger explained in a recent post on Ars Technica.

“So it has been following a somewhat chaotic orbit since February 2015,” Berger added.

Space observers believe the rocket – about four metric tonnes of “space junk” – is on course to intersect with the moon at a velocity of about 2.58km/s in a matter of weeks.

Bill Gray, who writes software to track near-Earth objects, asteroids, minor planets, and comets, has said the Falcon 9’s upper stage will very likely hit the far side of the moon, near the equator, on 4 March.

The data analyst said in a recent blog post that the object “made a close lunar flyby on January 5” but will make “a certain impact at March 4”.

“This is the first unintentional case [of space junk hitting the moon] of which I am aware,” Gray added.

The exact spot the rocket will hit remains unclear due to the unpredictable effect of sunlight “pushing” on the rocket and “ambiguity in measuring rotation periods” which may slightly alter its orbit.

“These unpredictable effects are very small. But they will accumulate between now and March 4,” Gray wrote, adding that further observations were needed to refine the precise time and location of the impact.

As for whether the collision could be viewed from Earth, Gray says it will probably go unobserved.

“The bulk of the moon is in the way, and even if it were on the near side, the impact occurs a couple of days after New Moon.”

Jonathan McDowell, an astrophysicist at Harvard University, wrote that the impact was due on 4 March but was “not a big deal”.

Berger believes the event will allow for observation of subsurface material ejected by the rocket’s strike, while Gray says he is “rooting for a lunar impact”.

“We already know what happens when junk hits the Earth; there’s not much to learn from that,” he said.