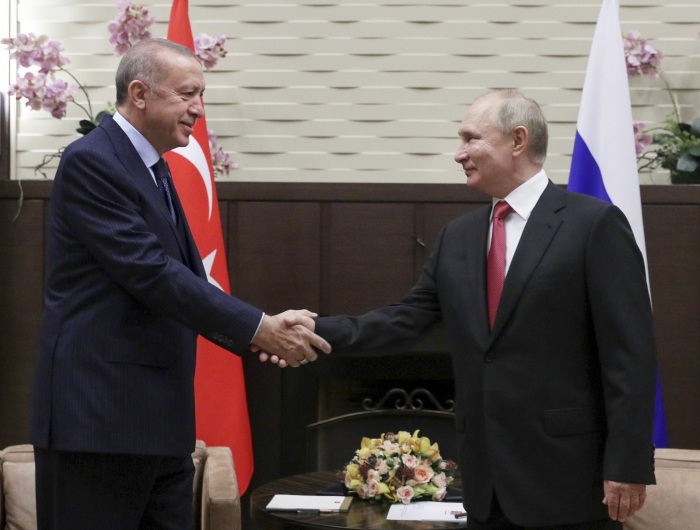 The Russian president will visit Turkey once the pandemic situation and schedules allow it, the Kremlin said.

In an interview broadcast on Wednesday, Erdogan said Turkey is ready to host the leaders of Russia and Ukraine to "pave the way for re-establishing peace" as tensions between the two countries show little sign of diminishing.

"Turkey wants tensions between Russia and Ukraine to be resolved before they turn into a new crisis," the president stated.

Turkey has been closely following the developments and is in close contact with both Kyiv and Moscow. Erdoğan had said Turkey could mediate between the neighbors amid increasing tensions in the region and recently announced plans to visit Ukraine in February to help defuse tensions.

NATO member Turkey has friendly ties with both Kyiv and Moscow but opposes Russian policies in Syria and Libya, as well as its annexation of the Crimean Peninsula in 2014.

Kyiv has also bought Turkish drones to possibly use against Russian-backed forces in eastern Ukraine, angering Moscow, and agreed with Ankara to manufacture the drones locally this year.

Meanwhile, both Russia and Ukraine are open to the idea of Turkey playing a role in easing tensions between the two countries, as proposed by Ankara in November, according to Turkish diplomatic sources.