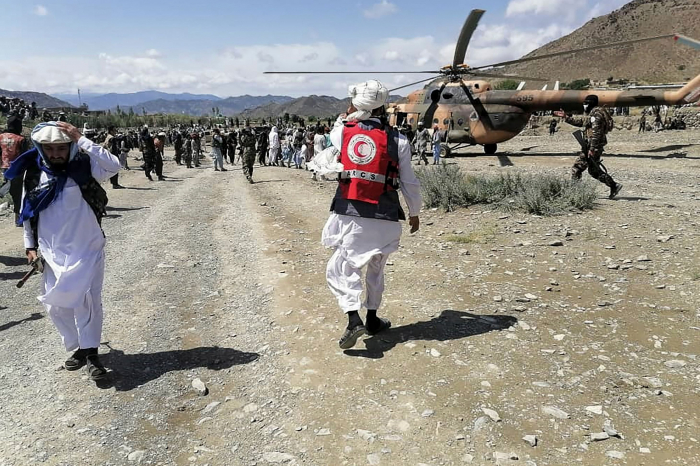 least 1,000 people killed and more than 1,500 others injured after a powerful earthquake hit a rural, mountainous region of eastern Afghanistan early Wednesday, according to a state-run news agency. Officials warned that the already grim toll would likely rise.

Information remained scarce on the magnitude 6.1 temblor near the Pakistani border, but quakes of that strength can cause severe damage in an area where homes and other buildings are poorly constructed and landslides are common. Experts put the depth at just 10 kilometers (6 miles) - another factor that could increase the impact.

Afghan officials said the death toll could rise as dozens of people are in critical condition.

"I have tragic reports from my native Paktika province, where hundreds of people are killed and wounded in the devastating earthquakes. The homes are destroyed, and people are under the rubbles," Khalid Zadran, a police spokesman in the capital Kabul, said in a tweet.

"Aid teams from Kabul have reached in the area and rescue work is underway. All aid organizations should direct their aid to Paktika," he added.