'Control center' for grain corridor to be set up if Russia, Ukraine reach deal in Istanbul - Turkish FM 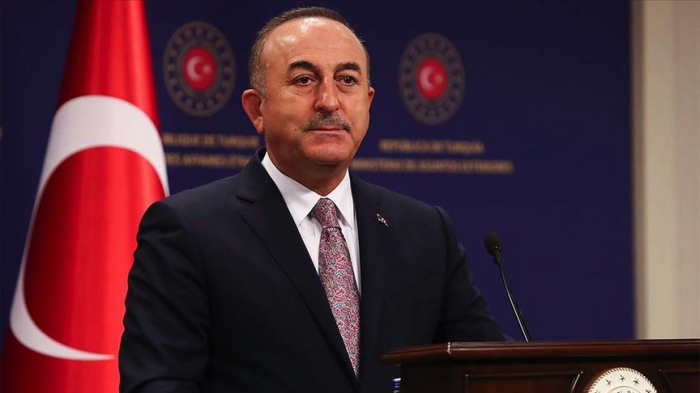 A "control center" is to be established for the grain corridor if Russian and Ukrainian sides reach an agreement in a meeting to be held in Istanbul soon, said the Turkish foreign minister on Thursday, AzVision.az reports citing Anadolu Agency.

"If an agreement is signed in Istanbul, then there would be a control center to be established as a safe zone out of the Ukrainian territorial waters of will be established," said Mevlut Cavusoglu during a press conference in Ankara with his British counterpart Liz Truss.

Supporting the UN efforts, Cavusoglu also said Türkiye is trying to solve the grain issue with Russia and Ukraine.

On allegations regarding stolen grains from Ukraine, Minister Cavusoglu stressed that Türkiye investigated the country of origin of all mentioned products and they were labeled Russian.

Türkiye is against the illegal buying and selling of Ukrainian grain by any country, including but not limited to Russia and to be sold to other countries.

Noting that Türkiye has "full determination" on the matter, Cavusoglu also stated that the country will not allow entry of such grain.

For her part, the UK Foreign Secretary Truss said the UK and Türkiye work together to get the grain out of Ukraine.

Hailing Türkiye's "leading role" in opening a grain export corridor from Ukraine, Truss stressed the urgency of the grain crisis, adding that it will have devastating consequences if not solved within the next month.