Where to seal the biggest beer deal ever? A tiny house in London 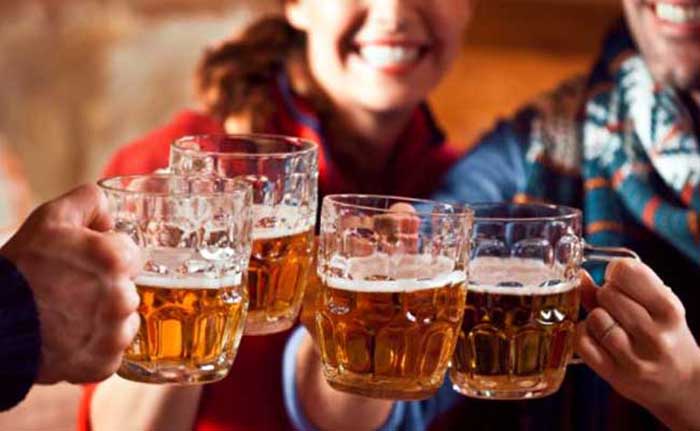 After weeks of public grandstanding and private haggling, the biggest consumer-products takeover in history was ultimately decided by a handful of men in a tiny brick house on a one-lane street in London.
At meetings on Monday in the diminutive St. James`s home of boutique advisory firm Robey Warshaw, Anheuser-Busch InBev and SABMiller reached a deal to create a colossus that`s poised to dominate global brewing.

For AB InBev -- maker of the American Budweiser, Belgium`s Stella Artois and Mexico`s Corona -- hard-driving chief executive officer Carlos Brito and his chairman, Olivier Goudet, took the lead. Across the table sat SABMiller chairman Jan Du Plessis and his deputy Guy Elliott. Just outside the firm`s sole meeting room, the principals -- Simon Robey and Simon Warshaw -- stood by to offer counsel to SAB, the brewer of brands such as Peroni, Grolsch, Pilsner Urquell, and Foster`s.

The players met at least three times on Monday at Robey Warshaw`s three-story townhouse. In the morning, InBev presented a revised offer of 43.50 pounds per share. By mid-afternoon, Du Plessis had delivered his board`s response: Not good enough. Just after sunset, Brito said he`d raise the offer to 44 pounds per share, valuing SAB at about $106 billion. The deal was done.

The combined company will produce one beer in three worldwide, and claim about half of the industry`s profit -- scale that will attract intense scrutiny from antitrust regulators in dozens of countries.

The purchase will crown a three-decade, $90 billion dealmaking spree by Brito and his billionaire backers, who built a middling Latin American brewer into a globe-spanning empire with the scale to withstand sluggish emerging-market growth and the shift toward craft brews in developed countries.

This story is based on off-record conversations with people involved in the transaction, all of whom asked not to be identified discussing private deliberations. The companies declined to comment.

Monday`s meetings were the culmination of weeks of largely fruitless back-and-forth between InBev, SAB, and their banking and legal advisers. InBev, which is ultimately controlled by the same group of wealthy Brazilians who own Burger King, Heinz and Kraft Foods, began reaching out to SAB and its shareholders in the late summer to gauge their appetite for a takeover.

Its key target was Altria, the cigarette maker formerly known as Philip Morris. It owns 27 percent of SABMiller, a legacy of its 2002 sale of Miller Brewing to what was then still called South African Breweries. Also crucial was Colombia`s billionaire Santo Domingo family, which owns 14 percent -- left over from SAB`s 2005 acquisition of the family`s Bavaria brewery.

Those quiet overtures burst into the open on Sept. 16, when SAB announced it was aware of InBev`s interest amid widespread market speculation that an offer was on the way. There was little subsequent contact between the two companies apart from an initial informal offer, at 38 pounds per share. SAB rejected that proposal, then another offer of 40 pounds on Sept. 22. Brito went silent for almost two weeks, then in early October raised the stakes again, to 42 pounds. The response was the same.

On Oct. 6, with advisers wondering whether SAB`s rejections had driven Brito away, the British company surprised the markets by announcing its results nine days early, showing encouraging performance in emerging regions like Africa. The message was clear: If InBev wanted a deal, it had to pay up for access to that growth.

The next day, InBev went public with an offer of 42.15 pounds per share, aiming to convince shareholders to push SAB`s board to the negotiating table.

The summer diplomacy paid off as Altria almost immediately declared its support. To avoid a huge tax bill on the sale of so many shares, InBev had devised an alternative to cash for both major shareholders, eventually offering them a complex class of restricted shares in the new company. The holding company for the Santo Domingo clan, though, backed Du Plessis`s continued resistance.

InBev on Monday morning quietly suggested 43.50 pounds, providing the basis for the day`s discussions at Robey Warshaw. Brito made clear that while he might be able to raise the stakes a bit, he didn`t have much more to give -- and that without movement toward an agreement he would probably walk away.

While Du Plessis`s answer was still "no," he felt they were getting closer to a number that would allow all concerned to declare victory. The 61-year-old South African, who also chairs Rio Tinto Plc, leaned on his deputy, Elliot, for advice. Both longtime Rio Tinto board members, Elliott and Du Plessis had bonded through the mining company`s many ups and downs amid gyrating commodity prices and waves of industry dealmaking.

In addition to price, the two sides spent Monday haggling over issues such as a dividend for SAB shareholders, the size of the "break fee" if the deal collapses, and how to navigate regulatory hurdles.

For Brito, a workaholic Brazilian who once boasted that he doesn`t like his staff to "have fun" at work, Goudet provided a somewhat softer touch. He and Alejandro Santo Domingo, the 38- year-old scion of the Colombian family -- also at the Robey Warshaw offices -- have worked together on deals for coffee companies.

Once the two sides settled on the price, the work was far from done. A legion of bankers, lawyers, and public-relations consultants hammered out the formalities of an agreement a five- minute walk away at the offices of InBev advisers Lazard. Deutsche Bank and the law firm Freshfields also advised InBev, while SAB also tapped JP Morgan, Morgan Stanley, Goldman Sachs and Linklaters.

The bankers worked through the night, sending out a joint statement announcing the deal as the sun rose over London -- probably too early in the day for a celebratory beer.