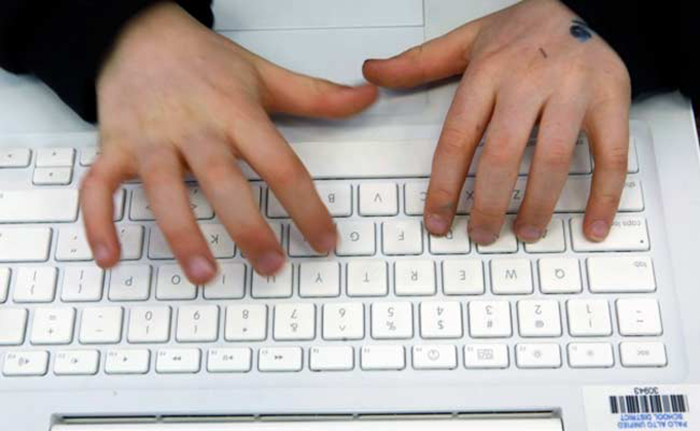 Poor women in cities in developing countries are 50 per cent less likely than poor men to use the Internet, and blame the high cost and their lack of skills for the gap, researchers said on Wednesday.

While 59 per cent of such men surveyed by the Web Foundation, established by British World Wide Web inventor Tim Berners-Lee, use the Internet, just 37 per cent of women do so.

"Most poor urban women are confined to (a technology) ghetto that does little to help them break out of the real ghetto of poverty and gender discrimination," said Anne Jellema, Web Foundation`s chief executive.

"Governments need to make digital skills the right of every girl and boy as part of a wider commitment to quality education for all."

Women are 1.6 times more likely than men to report a lack of skills as a barrier, and cited cash as another major obstacle, with one gigabyte of data costing as much as three quarters of the amount regarded as the monthly poverty line in the countries studied.

Researchers questioned 750 poor women and 250 poor men in the biggest city or capital in each of Cameroon, Colombia, India, Indonesia, Kenya, Mozambique, Nigeria, the Philippines and Uganda between January and October this year.

Last month world leaders agreed an ambitious plan to end poverty and inequality in the next 15 years, as one of 17 Sustainable Development Goals (SDGs) they adopted at the United Nations in New York.

"To achieve the U.N. global goal on women`s empowerment through (technology), the key challenge is how technology can assist those without status or power to claim it," said Ingrid Brudvig, author of the survey report.

Of the men and women surveyed who do use the Internet, 97 per cent reported using social media, but this alone does not necessarily bring about empowerment without other changes being made, Brudvig said.

"There is a real risk that online social networks simply recreate the inequalities that poor women face in their offline lives, rather than helping them to open up new horizons."