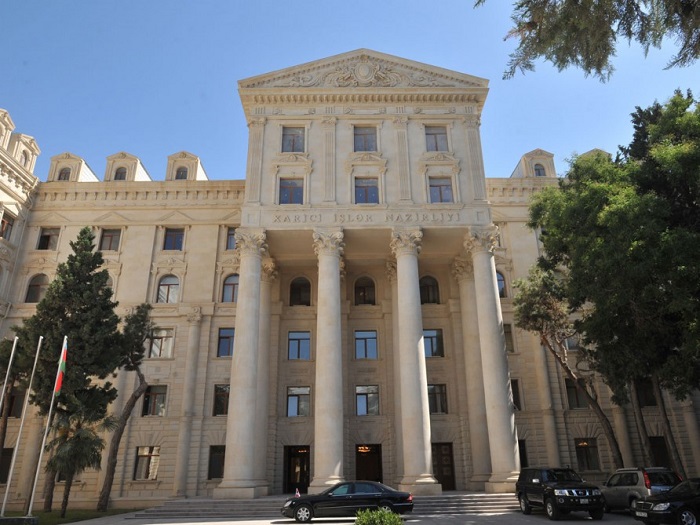 Azerbaijan would likely emerge as a winner in the Ukraine-Russia crisis, which has left Europeans fearing for the security of their natural gas supplies.


As Western governments impose low-level sanctions on Russia for trying to wrestle the Crimea region away from Ukraine, there is a danger that Moscow might retaliate by cutting natural gas supplies to Europe or raise prices.

This is not the first time Russia has used natural gas as a political weapon.

The EU policymakers had begun to diversify their gas sources after the first "gas war" between Russia and Ukraine in 2006.

Part of this strategy included supporting a policy of transport and energy links between Europe and the Caspian region as outlined in the EU Security and Solidarity Action Plan, said Fitch Ratings in a new report.

"The recent diplomatic confrontation between the West and Russia over Crimea will probably make such a corridor even more important for EU energy policies in Fitch`s view."

Earlier this week, the 28-country bloc EU said it would freeze talks on South Stream, which is expected to supply 15% of EU natural gas from Russia by 2018. Brussels also stopped Russian natural gas company Gazprom from expanding gas supplies through OPAL, a 290-mile pipeline that ships Russian gas to the Czech border via Germany.

"Companies like BP and SOCAR [State Oil Company of Azerbaijan] that have positioned themselves along it are likely to enhance their business profiles over time if the EU lessens its Russian gas dependence."

Production should reach 16 billion cubic meters per year and first gas is targeted for late 2018, with initial sales going to Georgia and Turkey, followed by deliveries to Europe from 2019.

"This is an important initial step to opening the south corridor," said Jeffrey Woodruff, analyst at Fitch. "Production volumes as a percentage of total EU gas demand remain small, and Azerbaijan is not among the top 20 countries with the world`s largest gas reserves, but the European Commission`s blueprint includes securing supplies from other countries like Turkmenistan and even Iran when political conditions allow."

Analysts believe Russia poised to rattle the cages by disrupting supplies to Europe.

Russia currently sends 110 billion cubic meters (bcm) of gas to Ukraine annually, of which approximately 30 bcm is earmarked for Ukrainian consumption, while the remainder is shipped onward to Europe.

Russia might cut Ukraine supplies on the pretext that the country has not paid its gas bill from February and has outstanding gas debts from 2013.

"Ukraine would likely begin to siphon off some of the European volumes for its own use," said Alex Brideau, senior analyst at Eurasia.

"From Russia`s perspective this would, presumably, drive a wedge between Europe and the new government in Kyiv. This is what happened when Russia cut gas to Ukraine in 2009 when the two sides failed to sign a new contract at the end of 2008."

While Russia will limit its interruption of stable supplies to Europe as it undermines Moscow`s long-term position in Europe, the risks are prompting a more rapid European push to shift away from Russian gas.

EU STEPS ON THE GAS

As energy-abundant North America does not have strong enough energy ties with Europe, Brussels is looking closer to home to find alternatives to Russian natural gas.

In that respect Azerbaijan`s natural gas production takes on a whole new strategic meaning for Europe.

"Azerbaijan is the enabler of the Southern Corridor, but it also, along with the BTC pipeline, provides Azerbaijan with the oxygen of independence," said analysts from Washington-based Jamestown in a recent report.

"It is the decision that [then president] Heydar Aliyev made in 1994 -- to connect Azerbaijan physically with Turkey, with the Euro-Atlantic community and now to the European markets -- that is critical to Azerbaijan`s survival as an independent state."

While the Southern Gas Corridor will only supply 10 billion cubic meters per year, compared to the EU`s annual demand of 500 bcm, it may be the start of a major long-term drive to move away from Russian gas.

"Current developments in the Southern Gas Corridor are only the beginning of substantial diversification of gas supplies to Southeastern Europe," Jamestown analysts noted.

"TANAP is a large pipeline designed to absorb and transit more quantities of gas from Azerbaijan and other sources in the future. Hopefully, Turkmenistan will decide that it is ready to export gas through the Western route once the Southern Corridor is in place."

There is also the potential for gas deliveries from Cyprus and Northern Iraq, which may find its way to TANAP and then to Europe, providing further diversification opportunities.

The Shah Deniz extension will raise Azerbaijan`s national gas production volumes to 55 bcm by 2020 from its current level of 28 bcm.

State-owned SOCAR is also looking to entrench itself in the European energy infrastructure. Last year, the company bought DEFSA, Greece`s transmission and network gas entity, which gives the company access to other southern European markets. The company also has retail interests in Europe, including retail business in Switzerland.

The push to ramp up natural gas production is important for the country as Azerbaijan`s crude oil production is set to decline considerably by 2015-16.

There is also considerable investment in the non-oil segment via the State Oil Fund of Azerbaijan to boost the sector. The International Monetary Fund estimated the Azeri non-oil sector to grow by 9.3% last year and 8.4% this year, even if the oil sector contracts just under 1% in both years.

"A competitive private sector will require speeding up the efforts to implement the new customs code, finalize World Trade Organization (WTO) accession, ease barriers to competition, and generally improve governance," the IMF said in its last report on the country.

But it will be natural gas that will define Azerbaijan`s economic growth and political survival, as Vladimir Putin eyes its near-western neighbors to grow his empire.