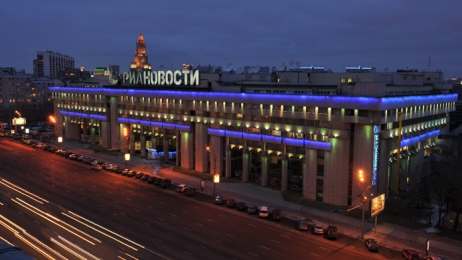 The agency has published an article on the 23rd anniversary of the illegal Nagorno-Karabakh Republic in reference to its Yerevan correspondent.

The article contains distorted information regarding Azerbaijan’s territorial integrity and history, depicting Nagorno-Karabakh as an integral part of Armenia in the Early Middle Ages.

Prof. Musa Gasimli, MP, Doctor of Historical Sciences, said in his statement to APA the claims contained in the article of the RIA Novosti agency are unfounded. Prof. Gasimli said historical accounts prove that Armenians are not aboriginal in the South Caucasus region. According to him, a simple look at the text of the Kurekchay treaty on the annexation of the Karabakh Khanate to Russia signed in 1805 would be enough to come to this conclusion: “Let the asserters of such an unsubstantiated claim see whose signature is at the bottom the Kurekchay treaty, whether Armenians or their names are mentioned there. No, they’re not! Karabakh has been an Azerbaijani khanate and annexed by Russia as an Azerbaijani khanate. In the South Caucasus, there has not been a country named Armenia. Armenians began to be systematically relocated to the South Caucasus after the treaties of Gulustan (1813) and Turkmenchay (1828). The Tsarist government of Russia has hundreds of documents in this regard. The first Armenian state was created in 1918 in Turkish lands, and its initial name was the Republic of Ararat”

APA’s note: ““The history of independence” of the so-called “Nagorno Karabakh Republic” was also distorted in the article. Events and facts occurred in recent decades were falsified in favor of Armenians and it was noted that majority of the population are Armenians. Unfortunately, it isn’t the first informative provocation against the territorial integrity of Azerbaijan by one of the leading agencies of Russia. Journalist Vadim Dubnov posted an article titled "Nagorno Karabakh is used to being unrecognized for 25 years" on the website of the RIA Novosti agency in February 2013. This article brought about Azerbaijan’s note to Russia. Following this, RIA Novosti has removed the article from the website.

RIA Novosti’s this step doesn’t conform to the spirit of partnership between the two countries. Relations between the two countries reached the level of strategic partnership thanks to the policies pursued by the Azerbaijani and Russian presidents, the parties repeatedly emphasized the importance of raising these relations of mutual interests to a higher level. Such a position from Russia’s leading news agency, running contrary to the friendly inter-state relations, shows that some media outlets prefer the interests of certain groups rather than those of the state. Media preferring the interests of a particular group affects not just the inter-state relations, but also itself. Russia`s recent history is rich enough with such facts and RIA Novosti should take these facts into account before taking such a step.