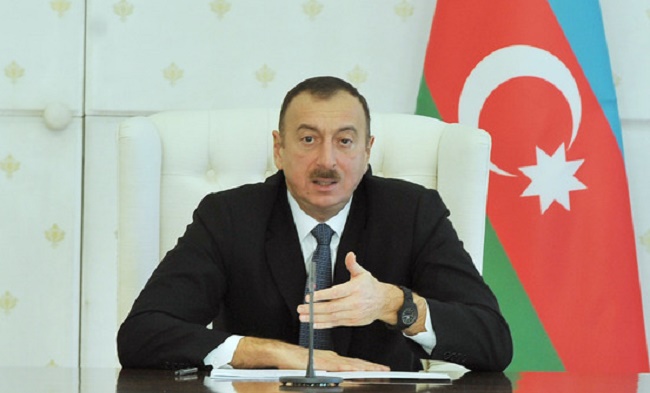 He made the remarks at the meeting of the Cabinet of Ministers dedicated to the results of socio-economic development in 2015 and objectives for the future.

President Aliyev demanded the heads of district executive authorities to report on the work done on a quarterly basis.

The head of state said in 2016, structural reforms will be carried out and necessary measures will soon be taken for the creation of a flexible control mechanism.

In addition, the president stressed the importance of ensuring transparency in the ICT sector.

“The development of tourism and the transport sector will be in the spotlight. It is important to take measures for the effective operation of transport corridors. A coordinating council was established for the transportation of transit goods through Azerbaijan. Azerbaijan has already begun to carry out a single tariff policy in this corridor jointly with Georgia and Turkey,” he stressed.

The head of state noted that after the deterioration of relations between Turkey and Russia, Azerbaijan made available its opportunities to facilitate the passage of trucks from Turkey to Central Asia.

Along with that, President Aliyev gave instructions to hold open tenders in the construction sector and ensure transparency in this sphere, accelerate the transition of the capital transport to a single system, solve environmental issues and open new “Asan xidmet” centers and providing them with additional powers.