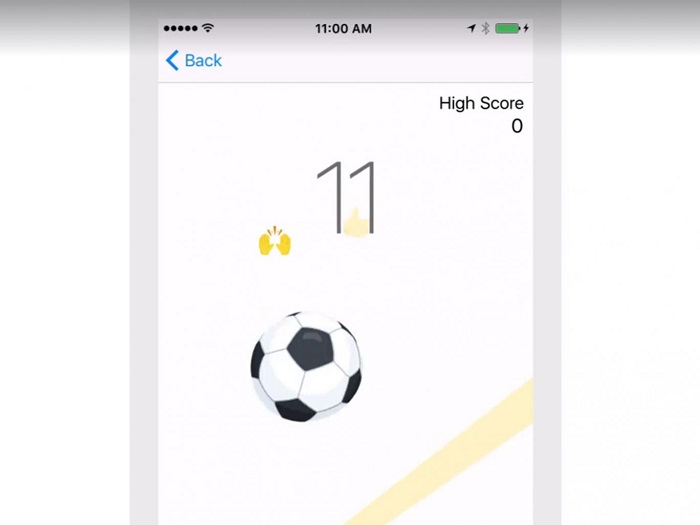 Facebook has released a new football game, hidden within its mobile messenger feature.
To coincide with the Euro 2016 football competition, the game has been released globally on the mobile messenger app for both iOS and Android.

It follows the release of a similar basketball game on the service, which was played more than one billion times in three months.

David Marcus, who leads the Messenger department at Facebook, wrote: "Our little [basketball emoji] Messenger game we launched for March Madness and the NBA season was played over 1 billion times (!) over the course of the last 3 months.

Here’s how to play:

1. Make sure your smartphone is updated to the latest version of Messenger

2. Select the football emoji and send it to a friend

3. Tap the icon in the chat