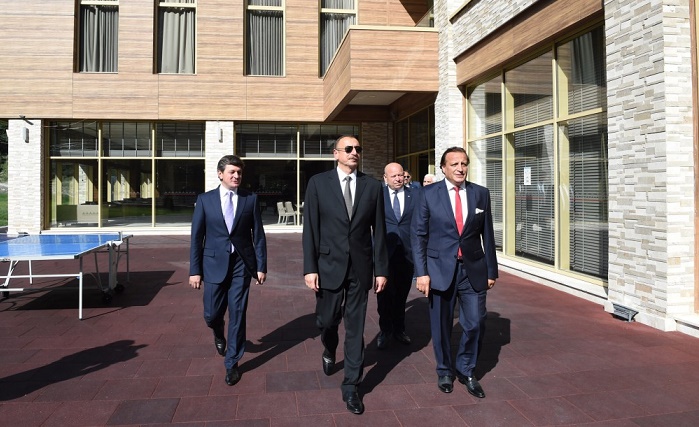 President of the Republic of Azerbaijan Ilham Aliyev has today attended the opening of a new administrative building of the New Azerbaijan Party (YAP) Gabala district branch.

The head of state cut the ribbon symbolizing the opening of the building and reviewed the conditions created here.

The president was informed that the construction of the two-storey building started in October 2014. 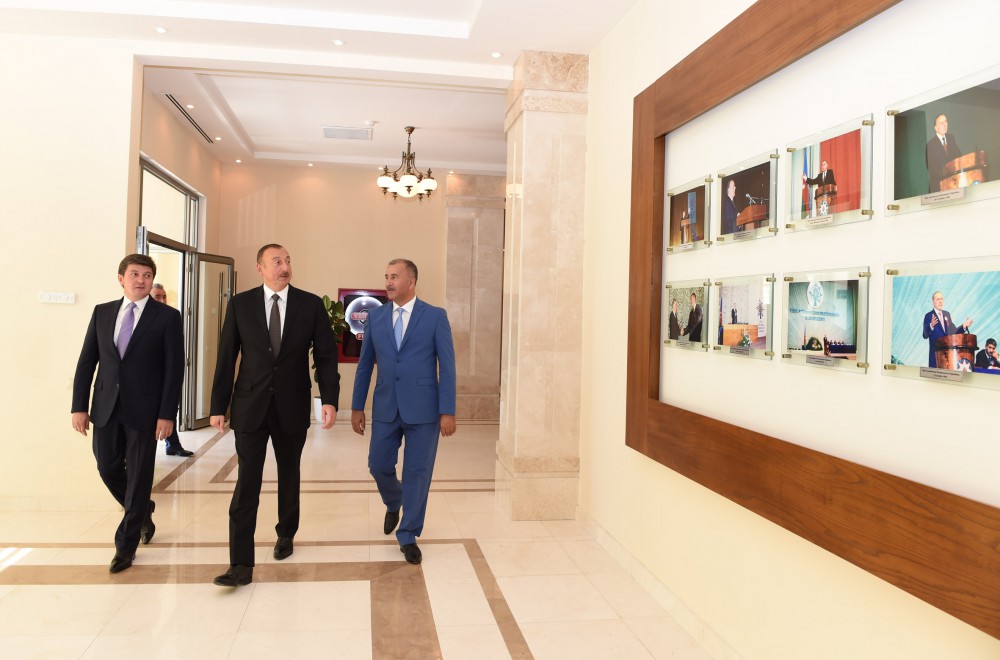 A bust to Azerbaijan’s National Leader Heydar Aliyev and photo stands reflecting the activities of the national leader, as well as chairman of YAP, President Ilham Aliyev were installed here.

The building also houses a 60-seat conference hall, as well as the offices of YAP Gabala district branch Women’s Council and Youth Union.

President of the Republic of Azerbaijan Ilham Aliyev has attended the opening of a kindergarten in Gabala, the construction of which was initiated by the Heydar Aliyev Foundation.

The head of state cut the ribbon symbolizing the inauguration of the kindergarten. 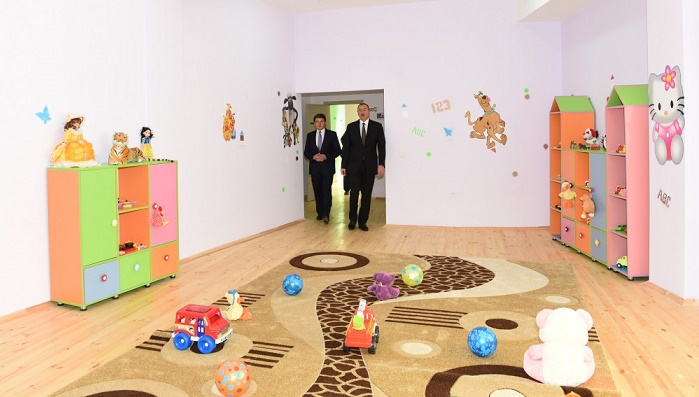 The 100-seat kindergarten occupies an area of 3,300 square meters. Photo stands reflecting life and activities of National Leader Heydar Aliyev and President Ilham Aliyev, as well as President of the Heydar Aliyev Foundation Mehriban Aliyeva’s attention to children were installed in the two-storey building.

All conditions have been created here. The building houses an entertainment, sports and game zone, music and other training and teaching rooms. Green areas were laid out around the kindergarten.

President of the Republic of Azerbaijan Ilham Aliyev has attended the opening of “Gabala” Park and Boulevard Complex after reconstruction.

The head of state was informed that the construction of the complex started in May 2013. 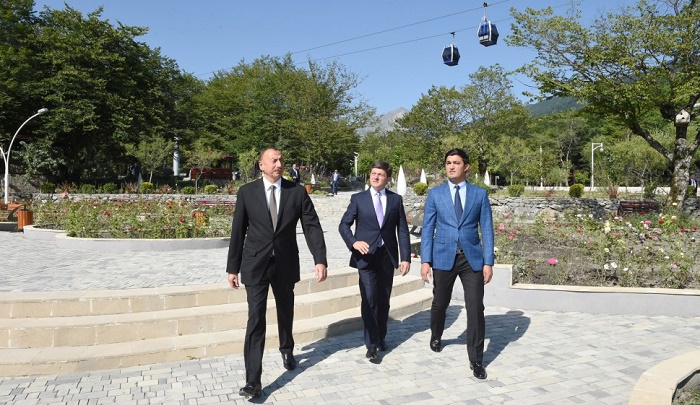 The complex occupies a total area of 10 hectares and sits on both shores of the Garachay River.

Eight bridges and nine fountains were built in the complex. There are also social facilities, an open-air café, a tea house, and a merry-go-round.

A 3.5-km walking lane was laid out in the complex.

A three-storey 350-seat restaurant is under construction here. There is also a parking lot in the complex.