Canada imposes ban on all trade with Iran 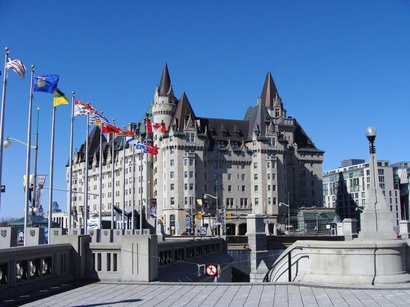 The Canadian government said Wednesday it will impose additional sanctions against Iran, including a ban on all imports and exports to the Middle Eastern country, The Wall Street Journal reported.
Canadian Foreign Minister John Baird said this new round of sanctions is necessary due to concern over Iran`s nuclear-enrichment program, and a failure by Iranian leaders to cooperate with the International Atomic Energy Agency and other big countries involved in diplomatic efforts with Iran.

"Iran has failed to engage meaningfully, while the risk posed by its enrichment activities increases," Mr. Baird said. "We are compelled to take further actions against this reckless and irresponsible regime."

The blanket ban on all trade with Iran comes after the Canadian government imposed restrictions in December on certain imports and exports to and from the regime, including the purchase of all energy-related products, the sale to Iran of goods used in the shipbuilding, mining and telecommunications sectors, and vessels designed to transport or store crude oil.
In September, Canada expelled Iran`s diplomats from the country and shut its embassy in Tehran, severing all diplomatic relations with Iran.