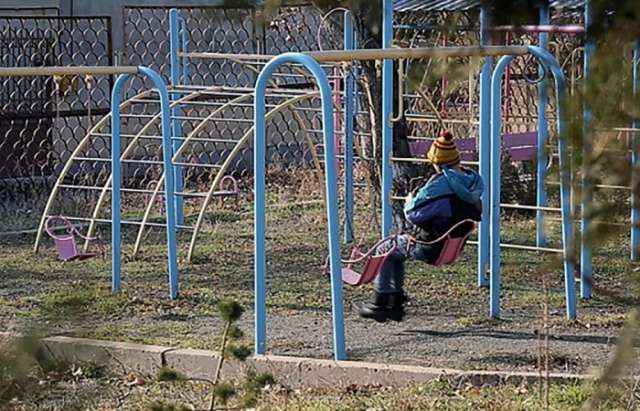 Thousands of children in Armenia are needlessly separated from their parents and placed in institutions due to disability or poverty, Human Rights Watch said in a report released today. The government should urgently provide community-based services and quality, inclusive education so that all children, including children with disabilities, can grow up in a family.

The 102-page report, “‘When Will I Get to Go Home?’ Abuses and Discrimination against Children in Institutions and Lack of Access to Quality Inclusive Education in Armenia”, documents how thousands of children in Armenia live in orphanages, residential special schools for children with disabilities, and other institutions. They often live there for years, separated from their families. More than 90 percent of children in residential institutions in Armenia have at least one living parent. Human Rights Watch also found that the Armenian government is not doing enough to ensure quality, inclusive education for all children. Inclusive education involves children with disabilities studying in their community schools with reasonable support for academic and other achievement.

“The government of Armenia has made some bold commitments to reduce the number of children in institutions, but needs to make sure those promises are backed by serious, sustained action,” said Jane Buchanan, associate Europe and Central Asia director at Human Rights Watch and author of the report. “All children have the right to grow up in a family, and government and donor resources should support families and children, not large institutions.”

Children have the right not to be unnecessarily separated from their parents. Neither poverty nor disability can be a justification or a basis for placement of a child in an institution.

" The detrimental effects of large-scale institutional care on child development have been documented since the early 20th century. New evidence suggests that children under the age of three are particularly vulnerable. Even well-run care institutions can have negative developmental effects on children. For example, the distress caused by being separated from parents and siblings can leave children with lasting psychological and behavioural problems. A lack of positive adult interaction from consistent carers can also limit children’s ability to develop personal confidence and key social skills, including those necessary for positive parenting ", the report by the Save the Children states.

Residential institutions often serve as the main distributor of social services to families facing difficult life circumstances such as poverty, unemployment, poor housing, health issues, or disability. Services and staff are often concentrated in institutions, rather than available and accessible in communities, including for the rehabilitation and education of children with disabilities. This compels many families to send their children to residential institutions, even when they would prefer to raise them at home.

The government aims to move children out of at least 22 residential institutions by 2020 and transform these buildings into centers for community-based services. Some have already been converted. However, the three orphanages that exclusively house children with disabilities will continue to operate. Failing to provide family-based care for children with disabilities on an equal basis with other children is discriminatory and should be ended immediately, Human Rights Watch said.

The government also has stalled key amendments to the Family Code, which would facilitate foster care and adoption – options essential when children cannot safely return to their birth families. The current government budget provides support for only 25 foster families in the country.

According to UNICEF, financial support for children in institutions in Armenia is between US$3,000 and US$5,000 per year per child. These funds could be used for community-based services and direct support to families, which are less expensive in the long term, according to UNICEF.

Even well-resourced orphanages are often overcrowded, with children organized into large groups with few caregivers. Even the most dedicated staff may not be able to provide the individual attention and nurturing that children need to thrive. 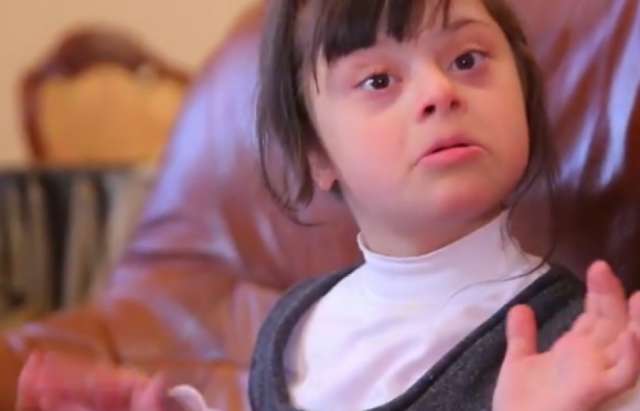 When Meri was born with Down Syndrome in 2009, a doctor encouraged her parents to leave Meri in the hospital, claiming she would not live long due to her disability. After a family crisis five years later, her parents decided they wanted to learn what happened to their daughter, and ultimately found her living in an orphanage for children with disabilities. Her father Artur described her growth and progress upon returning home from the orphanage: “She wasn’t walking at all. She only started walking when she came home. … She is understanding more. She knows her name. She can respond. … Meri is a blessing. If we didn’t trust our family doctor, we never would have abandoned her.”

In terms of education, the government has committed to making the entire school system inclusive by 2022. But at present the lack of an individual approach to academic achievement, as well as physical barriers in schools and communities, means that some children with disabilities in Armenia receive no education at all. Others enrolled in “inclusive” community schools may attend school for only a few hours a day, or a few days a week.

Children with disabilities often do not attend classes with other children or if they are in the classroom, may not be provided with the services they need to participate in an academic curriculum. They may instead be given art, sewing, or other tasks to occupy them. For many children with disabilities, their education consists primarily or exclusively of one hour or shorter individual sessions once or a few times a week.

Community schools often lack sufficient staff, in particular aides who can provide direct support to one or more children. In some cases, a parent, most often a child’s mother, will remain with the child in the classroom to provide support. Some children with disabilities receive sub-standard home education, with teachers visiting a child at home to teach basic literacy and numeracy only.

International standards provide that schools should be fully accessible, and provide reasonable accommodations to support students, regardless of their disability. Support measures provided to children with disabilities should be individualized, based on each child’s particular learning needs, and strengthen opportunities for students with disabilities to participate fully in the classroom.

" However, it is proved that the lack of human eye contact and visual and physical stimulation means that essential neurological processes within the brain are sometimes never triggered, causing brain stunting and low IQs.45 The lack of toys, play facilities and developmental education also leave many children with reduced motor skills and language abilities. Physical stunting is the result of poor nutrition and sickness caused by overcrowding, poor hygiene and a lack of access to medical care. For example, soiled clothing is often left on babies and infants for long periods of time. Finally, poor bottle-feeding practices – where babies and infants are fed lying on their backs in their cots in order to minimise time expended and disruption – prevent children from learning to feed properly and experiencing physical contact, both of which cause physical, behavioural and cognitive problems ",the report by the Save the Children reads.

Children with disabilities who age out of orphanages or special schools may remain in institutions as adults indefinitely. This can be due to the lack of accessibility in housing, transportation, and employment. In other cases, however, they remain in institutions because they are deprived of their legal capacity, denied the right to make decisions for themselves. They can be denied opportunities most people take for granted, such as deciding where to live, having a job, developing friends and hobbies of their choosing, finding a life partner or spouse, or raising children.

“Edmond” (not his real name), a young adult with a mild intellectual disability who lives in an institution, told Human Rights Watch, “I cannot answer who decides that I stay here. … I have been here since I was 8 years old, and I will stay here. It is one of my dreams to be able to live on my own and live my own life. For a long time, I thought about being able to live on my own, but I lost hope.”

“Children and young adults with disabilities have the same rights to education and opportunities as their peers,” Buchanan said. “Making sure children with disabilities can go to school in their communities is a good first step, but it is an empty gesture unless children get a quality education that enables them to achieve academically, fulfill their potential, and contribute to a diverse society.”

Sources: Keeping Children Out of Harmful Institutions: Why we should be investing in family-based care (English)
HRW report, February 22, 2017