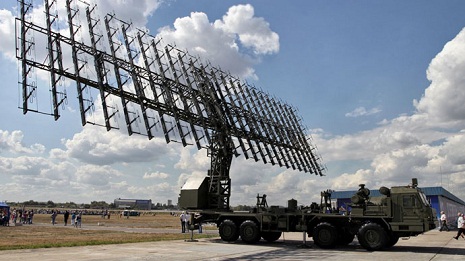 Russia has begun deploying the next generation of Nebo-M anti-missile radar facility systems as part of a responsive measure to a threat stemming from NATO anti-ballistic missile systems in Eastern Europe.
“The mobile multi-range programmable Nebo-M complex is capable of performing the tasks of providing information on small-sized aerodynamic and hypersonic targets in a difficult jamming background, as well as providing information for anti-missile weapon systems

The development and deployment of next-gen anti-missile systems featuring Active Electronically Scanned Array (AESA) technology is a top priority for the Russian Defense Ministry, as US anti-ballistic missile system are springing up in Romania, Turkey, Poland, and even in Spain.

In October, the Russian Defense Ministry unveiled plans to build several new anti-missile radars in order to cover the entire territory of Russia by 2020. Moscow also announced that an early warning radar station in the western Kaliningrad Region would be put on full combat duty by the year’s end.