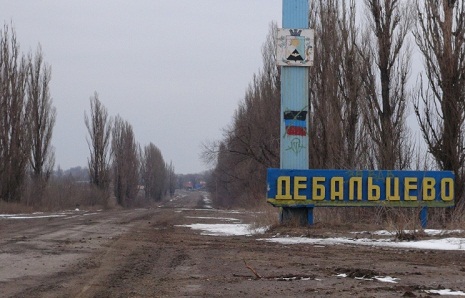 All the Ukrainian forces have been pulled back from the Debaltsevo pocket, a Russian envoy to the joint control and coordination center said on Friday.
Ukrainian President Petro Poroshenko announced a decision on February 17 that all the units of Ukraine’s Armed Forces should be withdrawn from the strategic town of Debaltsevo, he said.

"We - the center - state that there are no battles in the area of Debaltsevo, artillery has not been used since [the units] were pulled back," Alexander Lentsov said.

According to Russia`s envoy, no casualties have been registered in Deblatsevo over the last 48 hours.

Lentsov noted that joint groups are controlling the weaponry withdrawal from the territories of the self-proclaimed Luhansk and Donetsk People’s Republics.

The Ukrainian armed forces and leadership of the self-proclaimed LPR and DPR seek to withdraw weapons from the contact line as soon as possible, Russia’s envoy to the JCCC went on to say.

"I can confirm the desire of all the sides — the Ukrainian armed forces and DPR and LPR militias led by the republics’ heads — to complete the withdrawal of heavy weapons as soon as possible and ensure security in these areas," the envoy told reporters.