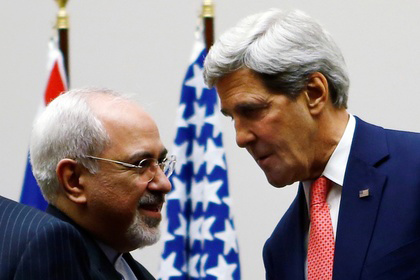 Iran and the US have resumed their negotiations on the former’s nuclear program, IRNA news agency reported on Feb. 20.

The two sides started their talks at the level of deputy foreign ministers early in the day.

The US team is being led by Under Secretary of State Wendy Sherman.

The talks are going to be continued on Sunday and Monday with US Secretary of State John Kerry and Iranian Foreign Minister Mohammad Javad Zarif.

Araqchi said on Feb. 19 that it is likely that on the 4th day of this round of talks, deputy foreign ministers of the 5+1 countries join the talks.

The last round of nuclear talks between Iran and the US was held on Feb. 6 on the sidelines of the Munich Security Conference.

The talks between Iran and the P5+1 (the US, UK, France, Russia, China and Germany) were extended until June 30, 2015 to reach a comprehensive nuclear agreement. However, the sides attempt to reach a political accord in March.

After the parties failed to meet the Nov. 24, 2014 deadline they also extended the Geneva nuclear deal, which was signed in November 2013 for providing Iran with some sanctions relief in exchange for Tehran agreeing to limit certain aspects of its nuclear activities.

Araqchi is slated to travel to Vienna on Tuesday to discuss more intensive cooperation with the IAEA with Secretary General Yukiya Amano.