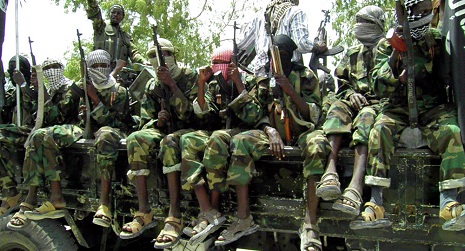 A double blast took place on Friday at the Mogadishu Central Hotel where several Somali high-ranking officials gathered for a meeting. Al-Shabab claimed responsibility for the attack, saying that it took the lives of over 20 senior politicians.
Following a terrorist bombing in Somalia`s capital Mogadishu, which killed several government officials, the UN Security Council and UN Secretary General Ban Ki-moon strongly condemned the terrorist attack and called for accountability.

According to a statement released by the United Nations on Friday, Ban Ki-moon condemned the Mogadishu attack, which has caused the death and injury of many innocent Somalis, including government officials and Members of Parliament as well as staff at the hotel.

The Secretary General also paid tribute to the Somali security forces, who brought the situation under control, the UN statement said.

Meanwhile, in a joint statement issued on the same day, members of the Security Council "underlined the need to bring perpetrators, organizers, financiers and sponsors of these reprehensible acts of terrorism to justice and urged all States, in accordance with their obligations under international law, and relevant Security Council resolutions, to cooperate actively with the Somali authorities in this regard".

A double blast took place on Friday at the Mogadishu Central Hotel where several Somali high-ranking officials gathered for a meeting. According to witnesses, a car bomb exploded at the hotel gate. Minutes later, a suicide bomber entered the hotel and blew himself up.

Al-Shabab has claimed responsibility for the attack, saying that it took the lives of over 20 senior government officials.

Al-Shabab, a clan-based militant group linked with the international terrorist organization al-Qaeda, took over most of southern Somalia in 2006. It later continued its insurgency in southern and central areas of the country, carrying out frequent gunfire and suicide attacks.

According to Ban Ki-moon, al-Shabab`s power in the country has been declining.