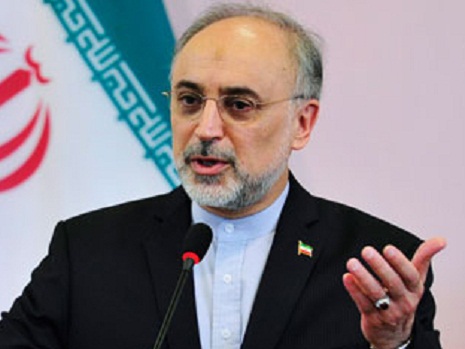 The head of Iran
According to Behrouz Kamalvandi, the spokesman for Iran`s Atomic Energy Organization, Ali Akbar Salehi will leave Tehran for Geneva Saturday morning to meet US Energy Secretary Ernest Moniz.

Salehi will hold talks with Moniz to discuss “the technical issues” of nuclear negotiations between Iran and the P5+1 group, Kamalvandi added.

On Friday, representatives of Iran and the United States started a fresh round of intensive talks on Tehran’s nuclear program in Geneva to narrow remaining gaps ahead of the March 31 deadline for a final agreement.

Iran’s Deputy Foreign Minister for Legal and International Affairs Abbas Araqchi and US Under Secretary of State for Political Affairs Wendy Sherman held talks on Friday.

Iran’s Foreign Minister Mohammad Javad Zarif and US Secretary of State John Kerry are scheduled to join the talks on Sunday and hold discussions for two days.

The negotiations will focus on the timetable for the lifting of sanctions against Iran as well as the extent of Tehran`s nuclear activities.

Iran and the P5+1 countries – Britain, France, China, Russia, the US and Germany – are seeking to seal a high-profile political deal by the end of March and to confirm the full technical details of the accord by July 1.

The scale of Iran’s uranium enrichment and the timetable for the removal of anti-Iran sanctions are seen as the major stumbling blocks in the talks.

Iran has so far suspended some of its enrichment program in return for certain sanctions relief.