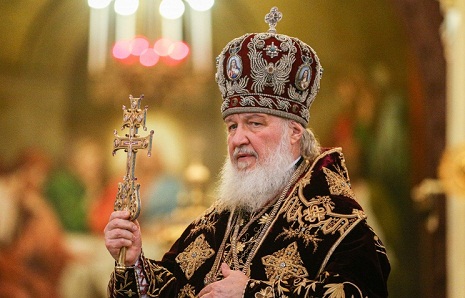 Orthodox Christians in Russia and other countries around the world begin observing Great Lent on Monday, February 23, in preparation for Easter, the most sacred and holy day of the Orthodox Church`s ecclesiastical calendar, which will be celebrated this year on April 12.
"Great Lent is a time for spiritual growth," the head of the Russian Orthodox Church, Patriarch Kirill, said on Forgiveness Sunday, the last Sunday before the longest and strictest fasting season of the year in the Eastern Orthodox Church.

The Eastern Orthodox Lent always begins on Monday, which is designated as "Clean Monday", the day when Orthodox faithful begin a spiritual and moral purification through fasting, prayer, meditations, repentance, attending Lenten religious services and partaking of the Sacraments of Confession and Communion.

Observing 40 days of Great Lent means "to change our lifestyle, go to church more often and receive the Holy Sacraments," the patriarch said in his message. "But the most important thing is to work on ourselves — seven weeks of work on the most fertile and the most important holy soil — the soil of overcoming our weaknesses. No spiritual growth and no other growth will be possible without it," he added.

During the first week of Lent, the Russian patriarch will hold special services twice a day in churches and monasteries in Moscow and the Moscow region.