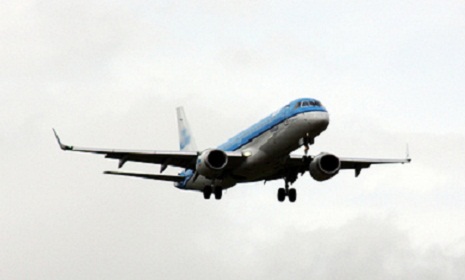 A direct Tehran-Berlin flight re-launched after 10 years during a ceremony attended by Iran`s Ambassador to Germany Ali Majedi at Berlin`s Schoenefeld Airport, Iran
German company Germania Airlines, which has signed an agreement with Iran’s Civil Aviation Organization to launch five weekly flights to Iran from Germany, inaugurated its first direct-flight from Berlin to Tehran on the evening of Feb. 22.

Majedi said that re-launching direct flights between Iran and Germany capitals is an important development, adding there has been growing demand for flights between the two countries as a result of the expansion of German-Iranian economic ties.

Germania Airlines is going to conduct two weekly flights from Berlin to Tehran and two from Dusseldorf to Tehran as well as one flight per week from Hamburg to Mashhad.

Direct flight between Tehran and Berlin, which was carried out by the Islamic Republic’s Iran Air (the flag carrier airline of Iran), was suspended ten years ago.

Majedi said that Iranian Mahan Air also plans to establish direct flights between Tehran and Munich in the coming days.

Germania Airlines Company launched in 1977 has 24 Boeing and Airbus aircrafts and more than 900 employees. Germania’s aircrafts currently fly to over 140 places around the world.