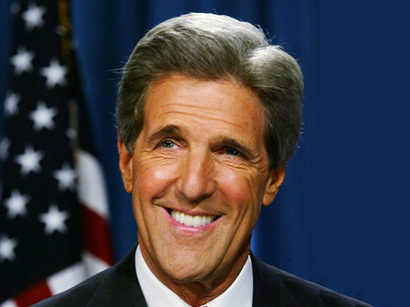 US Secretary of State John Kerry said Wednesday that US officials were meeting discuss how best to assist the Syrian rebels, but had yet to make any new decisions.
The Obama administration has been reluctant to confirm media reports that top officials were meeting to discuss the pros and cons of arming the opposition amid reports of chemical weapons use by the Bashar al-Assad regime, but Kerry said "we`re meeting to talk about the various balances in this issue right now."

While he said he had nothing to announce, al-Assad`s "choice of weapons ... challenge anybody`s values and standards of human behaviour." Kerry spoke after meeting with British Foreign Secretary William Hague, adding "we`re going to have to make judgments for ourselves about how we can help the opposition to be able to deal with that."

The US however eased some sanctions Wednesday to allow the export of certain non-lethal commodities, software and technology for use in power generation, oil production, agriculture and other areas in rebel-held areas of Syria.