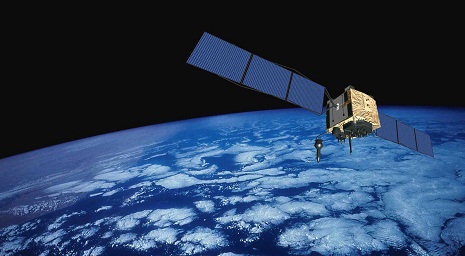 The U.S. Air Force on Wednesday said it hopes to kick off a competition for the next batch of U.S. Global Positioning System satellites beginning in 2018, with an eye to getting higher-power satellites with greater anti-jamming capabilities.
Air Force officials are due to meet with Pentagon chief arms buyer Frank Kendall on Wednesday to map out an acquisition strategy for the new program, David Madden, executive director of the Air Force`s Space and Missiles Systems Center (SMC) told a breakfast meeting hosted by the nonprofit Mitchell Institute.

Madden told reporters after the speech that he expected preliminary work to begin on the program in 2016, with a formal request for proposals likely to kick off in 2018.

Lockheed Martin Corp is under contract to build the first eight GPS III satellites, and the Air Force is finalizing a contract with Lockheed for two more satellites.

Air Force officials had said they were looking at launching a competition for the next satellites in the constellation beginning with the 11th satellite, but had not ruled out sticking with the current supplier, Lockheed.

Madden said there would definitely be a competition, given that the Air Force had only gotten permission for a sole-source deal with Lockheed for 12 satellites.

He said officials wanted to structure a plan that resulted in a true competition for the new satellites.

He said Boeing Co and Northrop Grumman Corp, which also build satellites, had expressed interested in competing for what would be a multibillion-dollar program, as had several companies that build sensors for satellites, including General Dynamics Corp.

Given current budget constraints, Madden said the Air Force would have to rely more heavily on investment by interested companies in preliminary design work for the new satellites.

One key issue would be getting access to data about the companies` design work to speed the evaluation process, he said.

He said the Air Force also hoped to get permission from the Pentagon to buy multiple GPS III satellites at once so it could benefit from greater economies of scale, and drive the price of the satellites lower.