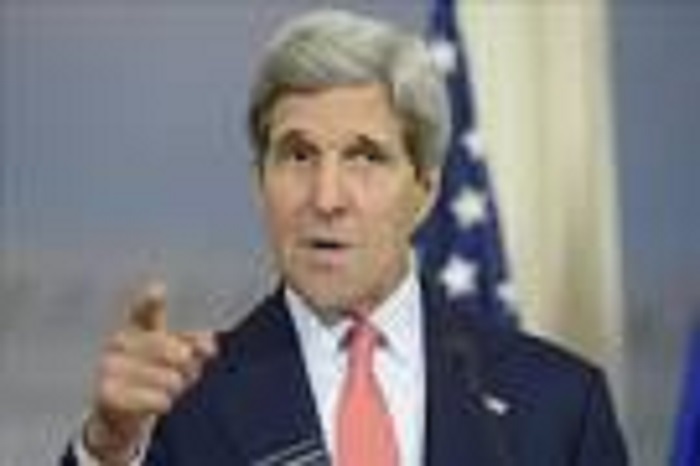 U.S. Secretary of State John Kerry expressed on Friday his country`s support for Egypt`s economy and for its ongoing war against terrorism, Xinhua reported.
"It is the U.S. determination to support Egypt`s progress in any way that we can," Kerry said during the opening session of the three-day Egypt Economic Development Conference (EEDC) held in South Sinai`s resort city of Sharm El-Sheikh.

The U.S. top diplomat told the conference, attended by Egyptian President Abdel-Fattah al-Sisi and a number of Arab and African heads of states, that "the American people are committed to the security and political and economic well-being of the Egyptian people."

Kerry noted that the United States has already committed some 300 million dollars for the American-Egyptian Enterprise Fund and that also granted millions of dollars for the development of Egypt`s small and medium-sized businesses.

In July 2013, then-military chief, Sisi led the overthrow of former Islamist President Mohamed Morsi, which was followed by a massive security crackdown on his supporters, a move that the United States did not welcome.

"The protection of individual rights and impartial administration of justice helps create the conditions for lasting investment and growth that benefits all Egyptians," Kerry said.

Kerry also stressed the U.S. support for the Egyptian leadership against extremists and terrorists.

"They want to destroy and go back on time; we want to build and go to the future, and that`s what this conference is about," he said.

Since Morsi`s removal, the Egyptian new leadership launched a massive "war against terrorism" due to the growing deadly attacks against security men and personnel in the Sinai Peninsula and later in other parts across the country including the capital Cairo.