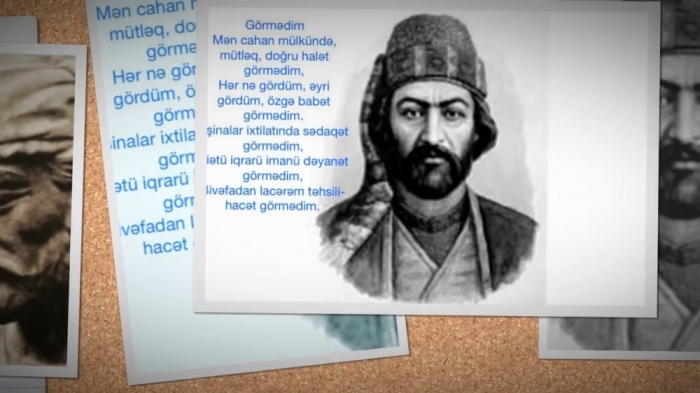 An event marking the 300th anniversary of Azerbaijani poet Molla Panah Vagif will be held at the Milan Conservatory. A book dedicated to the well-known Azerbaijani poet will be presented at the event.

To be organized by Italian-Azerbaijani Cooperation and Friendship Association the event will bring together the Italian writers, students, staff of the Milan Conservatory.

Molla Panah Vagif was an 18th-century Azerbaijani poet, the founder of the realism genre in the Azerbaijani poetry and also a prominent statesman and diplomat, vizier – the minister of foreign affairs in the Karabakh khanate.

He was one of the most educated personalities of his time, who knew Arabic and Persian languages, studied astronomy and architecture.

After coming to Shusha, the capital of the Karabakh khanate at the time, Vagif became popular and beloved among the people due to his knowledge and talents.

Molla Panah Vagif was one of the most outstanding Azerbaijani poets in the Middle Ages. His works had a great influence on the further development of national poetry. The poet used all the classical forms of Eastern poetry.