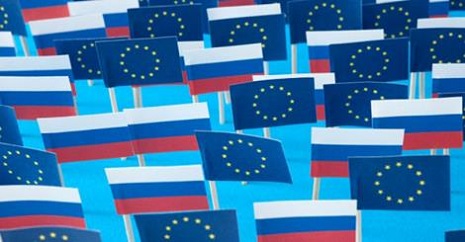 Baltic countries, Poland, Romania and some other countries are almost dictating to great European countries an agenda regarding Russia
Head of the State Duma’ committee on international affairs Alexey Pushkov called the Baltic States and Poland a "Trojan Horse," undermining the EU values to the benefit of interests, which are hostile for the continent.

"Those are the countries, which in reality, being supported by the US, make the very "Trojan Horse", which is changing the appearances of Europe in line not with European interests, but with interests, which come from outside and which are hostile for Europe," he told the parliament on Monday.

The Russian parliament is having on Monday hearings, where the topic is quoted as "Russia-EU: who benefits from refused strategic partnership?"
"Unfortunately, here we are dealing not that much with Europe of [the first President of the Fifth Republic Charles] de Gaulle, as with Europe of [the UK’s former prime ministers] Churchill and Tony Blair, so to say," he said. "This is Europe, which to a big extent, is subordinate to the Anglo-Saxon basis, which in the policies towards Russia depends strangely on a group of aggressively behaving east-European countries - I mean the Baltic States, Poland, Romania, and some other countries, which are almost dictating to great European countries an agenda regarding Russia."

"How could this aberration happen?" he continued. "I believe, a certain time ago the Baltic States and Poland were promptly brought into NATO and EU, and one of the purposes was to have them play this role now."

"Bringing those countries into the European Union was a long-term strategy of the US and those, on who it relies in Europe, to undermine independence of the Union in its foreign policies, including relations with Russia, which becomes evident now," the legislator said.