Three new international flights from Astana to be opened in 2015 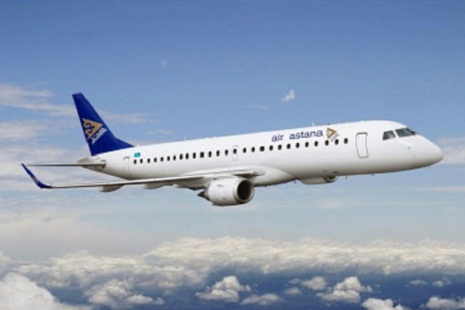 Kazakh airline Air Astana in 2015 will open three new international flights from Astana, said the Director of Sales in CIS Serik Rys-Uly during the presentation held in Baku on March 16.
As of March 29, an Astana-Paris direct flight will be launched, as of June 2 - Astana-Tbilisi and then on July 2 - Astana-Seoul. In addition, during the period from May to August, Air Astana will carry out a Kostanay-Hannover direct flight, he said.

Rys-Uly also said that in summer, due to the increase in passenger traffic between Azerbaijan and Kazakhstan, the company will increase the frequency of Almaty-Baku flights up to four times a week. To date, the flight in this direction is carried out three times a week.

Air Astana Airline has performed flights since 2002 and to date has a fleet of 30 planes produced in the West with an average operating age is 5.7 years. The route network of the company includes more than 60 international and regional destinations.

Almaty-Baku flights opened as seasonal charter flights in 2009 and soon became regular ones. With the increasing demand among businesses, an Astana-Baku flight was launched in 2012. To date, Air Astana performs three flights from Astana and Almaty. In 2013, the company transported 44,400 passengers on this route, and in 2014 - 46,869 passengers.