Nuland to Travel to Europe This Week - US State Department 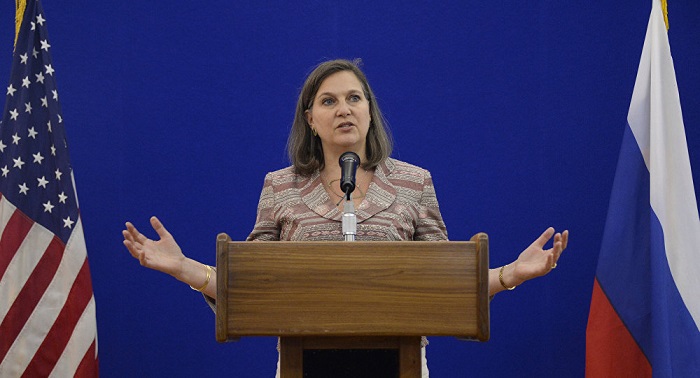 “Nuland will travel to Athens, Greece, Ljubljana, Slovenia, and Rome, Italy, March 16-19, to meet with senior government officials in each of these countries to discuss the range of bilateral, regional, and global issues,” the release, issued on Monday, said.

The State Department added that on March 20, Nuland will then travel to Brussels, Belgium to meet with NATO leaders and senior European Union officials, including members of the European Commission, as well as to participate in the German Marshall Fund of the United States’ annual Brussels Forum.