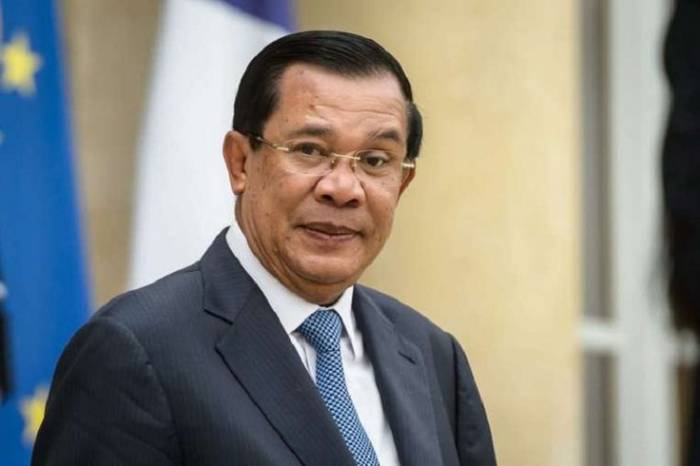 Veteran leader Hun Sen is preparing for a July general election that he is widely expected to win, with the main opposition party banned and its leaders lumbered with legal cases that have blocked them from politics.

Hun Sen, speaking to students at a university ceremony in the capital said Sam Serey, leader of an opposition group based in Denmark, had plotted to set off explosions on Thursday in Phnom Penh and the tourist hub of Siem Reap.

“This is by a leader traitor whose name is Sam Serey, who is ordering attacks to cause explosive activities,” Hun Sen said, adding he had disrupted the plots.

“I’m in control of the situation.”

He gave no more details of the plots expect to say one blast was planned at a landmark Phnom Penh Buddhist stupa, and another in Siem Reap, home to the Angkor temple complex. The traditional new year, this weekend, is one of Cambodia’s main holidays.

Sam Serey, leader of a little-known group called the Khmer National Liberation Front (KNLF), could not be reached for comment.

Authorities have in the past accused the group of various plots and a court in 2014 convicted 13 members of plotting to overthrow the government. Rights groups said at the time the case was an attempt to discredit the opposition in general.

Sam Serey was sentenced in absentia in 2016 to nine years in prison.

Despite the reports of anti-government plots, Hun Sen has maintained a firm hold on power for decades.

Critics say he has intimidated opponents and rigged elections while human rights groups criticize his government’s record on rights.

Hun Sen and his government deny violating human rights and say they have brought peace, stability and relative prosperity to one of Asia’s poorest countries after decades of war and instability.

Political analyst Lao Mong Hay said the latest suspected plot should not be used as excuse to crack down.

“I hope alleged planned attacks will not be used as an excuse to further tighten the security measures and to further curtail the rights and freedoms of the Cambodian people,” he told Reuters.

A court dissolved the main opposition Cambodia National Rescue Party last year after it was found guilty of plotting to take power with the help of the United States.

The CNRP and the United States denied the accusation, which followed the arrest of CNRP party leader Kem Sokha on treason charges.