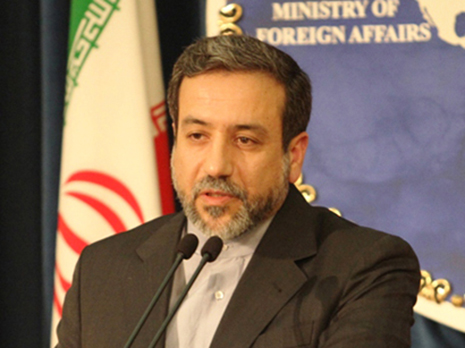 "Mr. Rouhani hasn`t created any new group for nuclear talks with the P5+1 group countries. However, in the proper time, he will choose a group to hold talks with the six major powers," Araqchi said.

It should be noted that Hassan Rouhani was Iran`s chief nuclear negotiator from October 2003 to August 2005.

Rohani emerged victorious at Iran`s 11th presidential election on June 14, which was marked by a high voter turnout, winning 50.7 percent of all votes.

Prior to presidential elections, Iran was represented at the nuclear talks with the P5+1 group by a delegation led by Secretary of Iran`s Supreme National Security Council, Saeed Jalili, who was country`s top nuclear negotiator for 6 years.

In 2012, representatives of P5+1 group and Iran held three rounds of talks in Istanbul (April 14), Baghdad (May 23-24) and Moscow (June18-19). None of these meetings resulted in breakthroughs on disputed nuclear issues. Previously talks between the "Six Powers" and Iran were not conducted for over a year.

The U.S. and its Western allies suspect Iran of developing a nuclear weapon - something that Iran denies. The Islamic Republic has on numerous occasions stated that it does not seek to develop nuclear weapons, using nuclear energy for medical researches instead.

The last time, Iran and the P5+1 group held negotiations on April 6 in Kazakh city of Almaty, which also did not yield any particular breakthrough results.