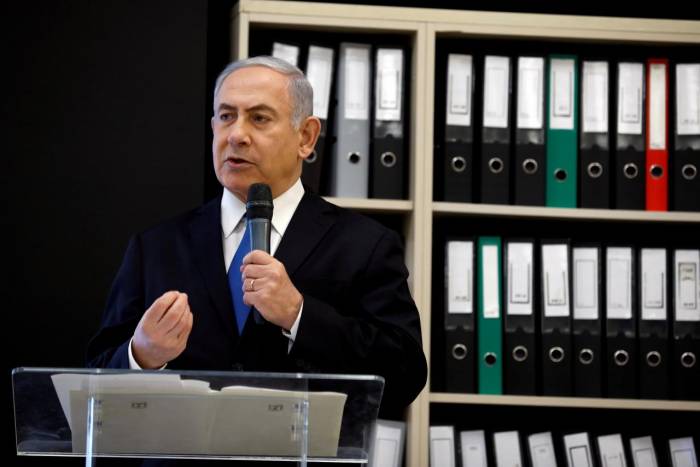 The accusation follows Mahmoud Abbas’ remark that Jews were persecuted during the World War II because they dealt with loans, not religion lie at the roots of anti-Semitism.

"It would appear that, once a Holocaust denier, always a Holocaust denier," Netanyahu said on Twitter. "I call upon the international community to condemn the grave anti-Semitism of Abu Mazen (Abbas), which should have long since passed from this world."

Abbas made the controversial remarks on Monday in a speech to the parliament of the Palestine Liberation Organization, saying that hostility towards Jews in Europe in was caused by their "social function" which included money-lending. The Palestinian leader also described the state of Israel as a colonial project, stressing "history tells us there is no basis for the Jewish homeland."

The remarks were met with harsh criticism by the Trump administration, with Donald Trump's special envoy for international negotiations Jason Greenblatt describing the rant as "very distressing and terribly disheartening" and US Ambassador to Israel David Friedman saying that it is not Israel that is seeking conflict in the Middle East.