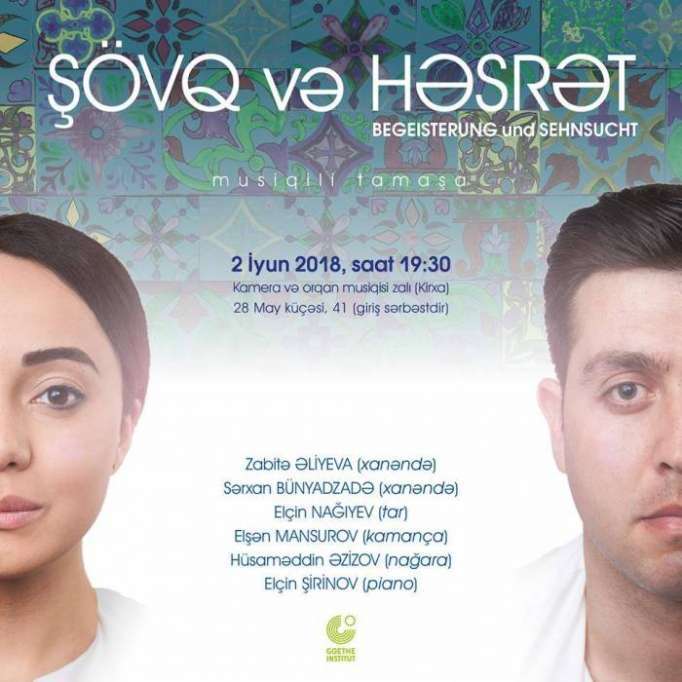 On June 2, the Secretary General of Goethe-Institute, Mr. Johannes Ebert, visits Azerbaijan’s capital to officially inaugurate Goethe-Zentrum Baku and take part in the institution’s summer programme opening that comprises of a series of exhibitions and music events.

Goethe-Zentrum Baku builds bridges between Azerbaijan and Germany through cultural diplomacy by organizing exhibitions, presentations, artists’ talks, lectures, literature readings, concerts, film screenings and many other activities at Kapellhaus, a home to German-Azerbaijan Cultural Association, and in partnership with various local institutions such as the Ministry of Culture, Icheri Sheher administration and Yarat.

The Goethe-Zentrum Baku summer programme includes the launch of Unsound Dislocation: Baku an international experimental techno music festival, the Dialogue project curated by Asli Samadova, the Art & Football exhibition curated by Goethe-Zentrum Baku director Alfons Hug and a series of music events that are scheduled throughout June and July. The Goethe-Zentrum Baku policy is to keep up high standards of cultural programming and make all its events free of charge and, thus, accessible to everyone.

Multiple meanings of the word “maqam” in Arabic give a wide range of exploration and interpretation of Limoud’s artwork. One of such stands for modal structure of Arabic music, very similar to Azerbaijan mugham. For that reason Maqam. Poetry of Ruins is preceded by a music performance titled "Şövq və Həsrət" in which traditional mugham is juxtaposed to contemporary jazz. The project had been specially designed for the Azerbaijan Cultural Year in Germany and performed to critical acclaim at the famous Akademie der schönen Künste (Academy of Fine Arts) in Munich on June 25, 2008, and has never been performed since then.

Sehnsucht (longing) is the eternal motive of the traditional mystical Eastern poetry alluding to the Sufi concept of unearthly love, which in principle does not imply a possibility of union with the transcendent, the Beloved. Two mugham singers - a young man and a woman are the main protagonists of the musical story. The jazz pianist plays all the time strictly in the pauses between the mugham pieces never trying to make an eclectic mixture with mugham.

The concert will be held on June 2 at 19:30 in Organ and Chamber Music Hall (Kirche). Address: 41, 28 May str. Free admission. After the concert the audience will be invited to Kapellhaus for Youssef Limoud’s Maqam. Poetry of Ruins preview.

From June 3, 2018 to visit Five Suns / after Galileo light installation should possible with the purchase of a ticket to the Palace of Shirvanshahs. Opening hours: daily - from 10:00 to 18:00. The ticket office opens till 17:30. 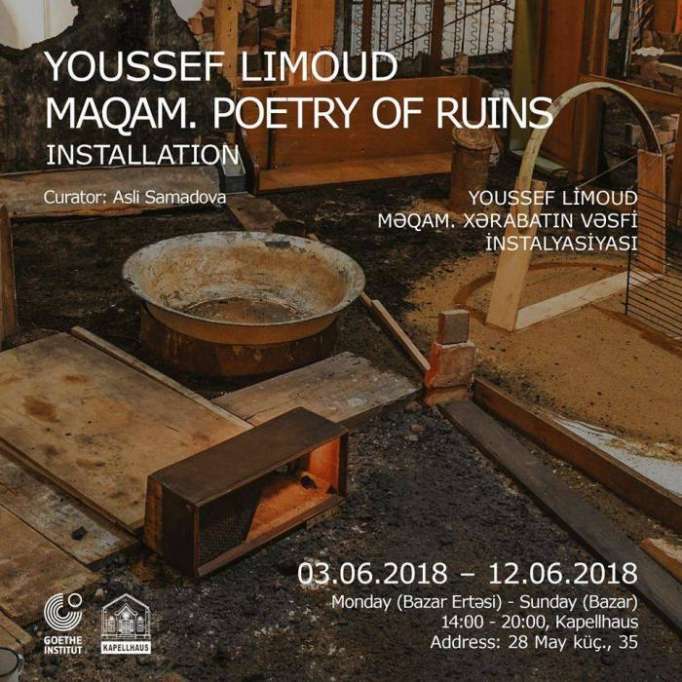 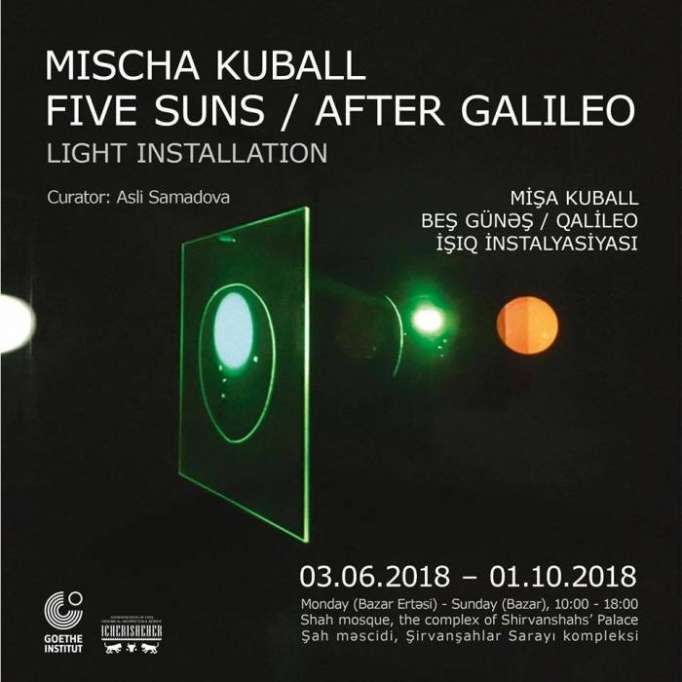