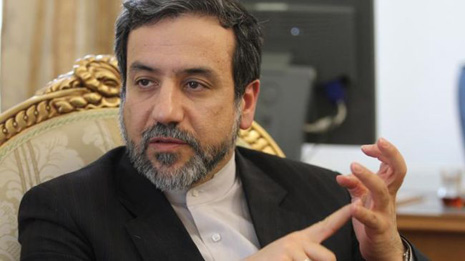 Iran has played down the impact of U.S. sanctions that came into effect this week, but said the measures would complicate a resolution to the dispute over its nuclear program.
The new sanctions, which came into effect on Monday, target trade with Iran`s shipping and automobile sectors, gold sales to Iran and handling of the Iranian currency, the rial - a further attempt to force Tehran to curb its nuclear activities.

In recent years, Iran has vigorously pursued its development of nuclear technology which Western countries suspect is masking its attempts to develop a weapons capability, allegations Iranian officials have repeatedly denied.

"We have no doubt that sanctions are a broken policy and we are surprised about why the American government and other governments who take part in these sanctions continually repeat a mistaken and failed policy," the state television website quoted Foreign Ministry spokesman Abbas Araqchi as saying late on Monday.