The shocking truth behind the Yulin Dog Meat Festival 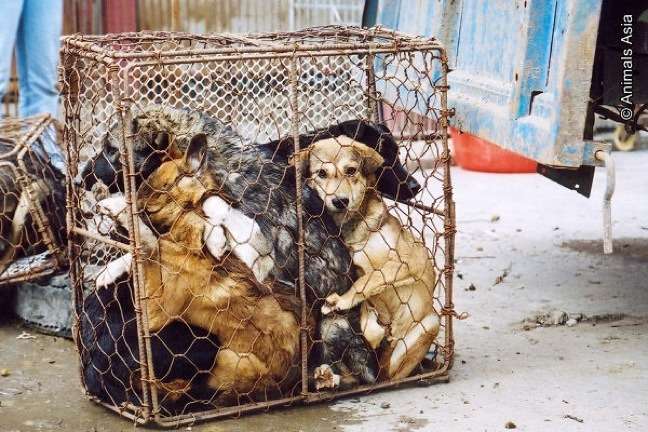 Today marks the start of the ninth annual dog meat festival in Yulin. But what is it and why has the event in this remote part of southern China proved to be so controversial in recent years?

What is the Yulin Dog Meat Festival?

The Yulin “Lychee and Dog Meat” festival is an annual 10 day event where over 10,000 dogs are eaten. Cat meat, fresh lychees and liquor are also available at the festival.

When and where does it take place?

It takes place in Yulin, a city in the Guangxi province of China, and runs from the 21 to 30 June during one of the hottest weeks of the year.

How did it start?

The first festival took place in 2009 to mark the summer solstice. Dog eating is traditional in China, and according to folklore eating the meat during the summer months brings luck and good health. Some also believe dog meat can ward off diseases and heighten men's sexual performance.

What is the controversy surrounding it?

The festival has attracted widespread negative coverage within China and internationally. Activists have reported that animals are slaughtered inhumanely using clubs in public and that hygiene practices at the festival do not fall in line with Chinese regulations. There are also complaints that dogs are brought to Yulin from across China in cramped conditions, and festival visitors have reported seeing some animals with collars, indicating they are stolen pets.

Is it seen differently in China?

Eating dogs is not illegal in China. Around 10 to 20 million are killed for human consumption every year and although the festival is new the custom can be traced back at least 400 years. But attitudes are changing. Keeping dogs as pets was banned during the Cultural Revolution, but dog ownership has become popular among China’s growing middle-class; there are now 62 million registered as pets. Animal activists, celebrities and younger Chinese citizens have been increasingly vocal on social media about opposing dog eating festivals and the practice in general.

Will activists get their wish and see it stopped?

At the moment, this seems unlikely. US activists claimed that there was a ban on the sale of dog meat at the festival but this has proved to be incorrect. Visitors have reported less public slaughters and the removal of signs indicating dog meat is for sale. The Yulin Municipal Government has repeatedly said that it is not able to stop the festival as it claims it does not exist as an official event.