US unveils next round of Chinese imports to face tariffs 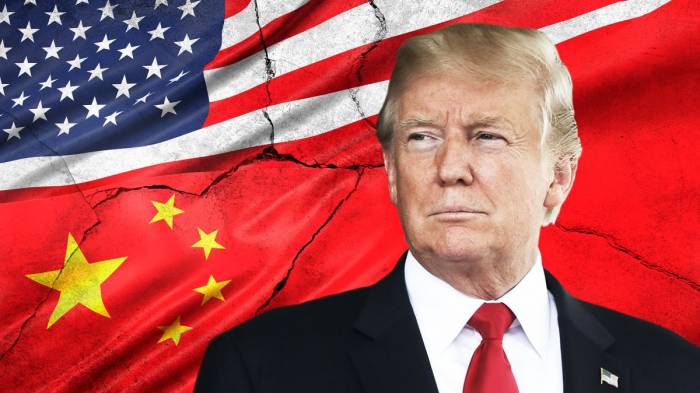 The Trump administration on Tuesday unveiled a list of roughly $16 billion worth of imports from China that will be hit with 25% tariffs, CNN reported.

The move marks the latest escalation of a trade war between the world's two largest economies. The tariffs on 279 products, including motorcycles, speedometers and antennas, will take effect August 23.

It is the second time the US has slapped tariffs on Chinese goods, despite persistent warnings by American businesses it will raise the price of goods for consumers.

The Trump administration has accused China of unfair trade practices and President Donald Trump has long vowed to bring down the United States' trade deficit in goods with Beijing.

In July, the administration imposed 25% tariffs on $34 billion in Chinese imports. Beijing, accusing the United States of trade bullying, has retaliated by imposing tariffs on an equal measure of American goods.

So far, financial markets have shrugged off the first round of trade duties.

Talks between Washington and Beijing are at an impasse in the ongoing trade spat, with both sides continuing to threaten new tariffs. Over the weekend, Trump told a rally he holds the advantage over China, adding playing hardball on trade is "my thing."

Trump directed the Office of Trade Representative earlier this month to consider imposing a 25% tariff on an additional $200 billion worth of Chinese goods, including fruit and vegetables, handbags, and refrigerators.

China has threatened to retaliate on any additional US tariffs tit-for-tat.

The Chinese government has said it would impose duties as high as 25% on American products like meat, coffee, nuts and auto parts.

"In violation of the bilateral consensus reached after multiple rounds of negotiations, the United States has again unilaterally escalated trade frictions," the Chinese State Council Tariff Commission said in a statement last Friday.

The United States and China trade goods and services worth about $650 billion each year, the largest trading relationship in the world between two countries.