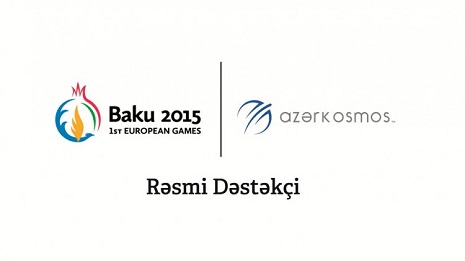 The company will also provide a Satellite News Gathering (SNG) truck in order to relay the feed from Mingachevir, which will host the Canoe Sprint competition during the Games, to the International Broadcasting Centre in Baku.

Azad Rahimov, Azerbaijan’s Minister of Youth and Sports and Chief Executive Officer of Baku 2015, said: “Azercosmos is a greatly admired and respected company in Azerbaijan, and will be a very important part of the international transmission of the European Games among our 74 broadcast rights holders around the world.

“They join other international and Azerbaijani household names who comprise the impressive and valued list of Official Partners and Supporters of this important addition to the international sporting calendar.”

Azercosmos is the only satellite operator in the Caucasus region, and provides highly reliable satellite-based communication services to private and government customers for DTH, voice, video, data and mobility applications.

Rashad Nabiyev, CEO and Chairman of Azercosmos, said: “Hosting the inaugural European Games is a landmark moment for Azerbaijan, and we are delighted to be participating as an Official Supporter. By joining the Baku 2015 team, we will be able to make a key contribution to the success of the Games, and continue our track record as a respected Azerbaijani institution.”

Baku 2015 is the first ever European Games, an exciting and innovative multi-sport event for the continent which will take place from 12 – 28 June 2015.

Baku was awarded the Games by the European Olympic Committees (EOC) in December 2012. The Baku European Games Operations Committee (BEGOC) will organise and run the Games in cooperation with the EOC.