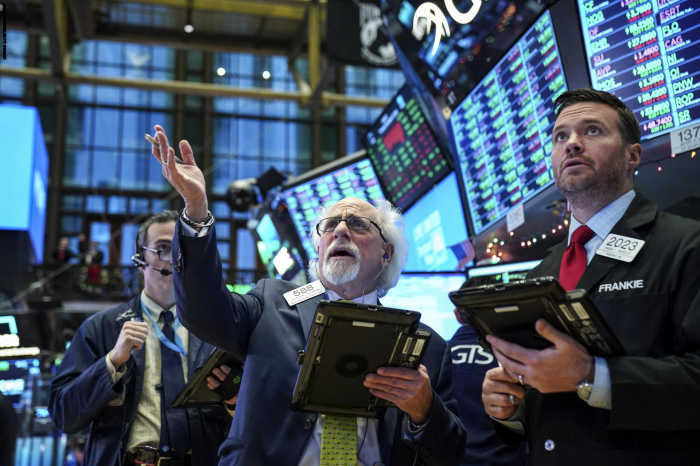 In a world where “nobody knows anything,” investors may be no better than film-studio moguls at predicting the future. If so, then markets, instead of being predictive, become increasingly reactive, simply extrapolating recent events.

If there is one useful conclusion that economists and investors can draw from the crazy year that has just ended – indeed, from the whole crazy decade since the Global Financial Crisis of 2008 – it is this: As they say in Hollywood, “Nobody knows anything.” In the film industry, the richest and most experienced studios and producers spend vast amounts of time and money on audience research, but still have no idea if their latest creations will turn out to be hits or flops. So why be surprised if the same is true of financial markets – or, for that matter, of commodity prices, policymaking, and corporate performance?

Why be shocked if the world’s richest company admits, as Apple did after Christmas, that it has no idea how many iPhones it will sell in China? Or if the world’s best-informed energy traders predict a global supply shortage that will boost oil prices above $100, just when a supply glut sends the market tumbling to $50? Or if the US president doesn’t know if he hates or loves global trade? Or if stock markets predict a global economic boom when bond markets predict recession and then both reverse suddenly, contradicting each other in the opposite direction?

At this time last year, economic expectations were almost universally optimistic. Every region of the world appeared to be simultaneously booming for the first time since the 2008 financial crisis. Central bankers were confident that they could safely start to withdraw their extraordinary monetary stimulus, and stock-market investors were almost unanimously bullish. Yet 2018 turned into the worst year for investors since the financial crisis, forcing central bankers to begin backing away from their plans to normalize monetary policy, economists to downgrade their growth forecasts, and many businesses to prepare for recession in 2019 or 2020.

What went wrong? Economic data were only slightly weaker than expected in the second half of 2018. The World Bank, for example, has reduced its estimates of global growth in 2018 and 2019 by just 0.1 percentage points, to 3% and 2.9%, respectively, since its June outlook.

The main cause for concern has been the behavior of financial markets. Many economists saw the simultaneous plunge in long-term interest rates and equity prices in December as an indicator of recession: either investors “know something” awful that is not yet evident in the statistics, or declining market sentiment would become a self-fulfilling prophecy by causing businesses or consumers to cut back. But, before concluding that financial markets can always predict or shape the future, we should recall that economic and policy changes usually move financial expectations – not vice versa.

So what events, apart from market volatility, would cause a recession or severe global slowdown? A popular answer is simply the passage of time. The global economic expansion that began in 2009 has already lasted almost ten years. If a US recession does not occur by 2020, the country will have experienced the longest uninterrupted expansion in its history.

There is nothing in economic theory or historical experience to suggest that expansions die of old age, or that recessions happen spontaneously. But expansions do become more vulnerable to diseases of old age: high interest rates, rising energy prices, accelerating inflation, or banking crises that are triggered when unsustainably high property prices suddenly collapse. And if none of these economic mishaps occurs, eventually political leaders can become recklessly overconfident, leading to wars, trade conflicts, or gross budgetary mismanagement.

Several of these problems began to appear in 2018: rising interest rates in the US, fiscal tightening in Italy and much of Europe, an escalating tariff war between the US and China; and higher energy prices around the world. It is not surprising, therefore, that the world economy slowed in 2018, instead of accelerating, as most economists (including me) expected.

But many of the forces that caused last year’s slowdown are now reversing. Oil prices have fallen, US bond yields are back to almost where they started in 2018, trade conflicts appear to be subsiding, and China is easing macroeconomic policy at least to some extent (and will probably move to outright stimulus if its economy weakens much further).

The policy changes and political events just described were clearly the main drivers of last year’s market shocks. For example, January’s stock-market correction and volatility surge were clearly caused by fears of US overheating and rising bond yields. Once the overheating concerns subsided, bond repricing turned out to be very limited, equities everywhere rebounded, and the dollar remained very weak. Dollar weakness and global equity strength reversed abruptly in May, when markets were hit by a perfect storm of the three political shocks that I had considered most likely: soaring oil prices in anticipation of Iran sanctions; the US-China tariff war; and the formation of a left-right populist government in Italy.

In October, with political risks receding, emerging markets started to outperform, stock markets stabilized elsewhere (even in Europe), the oil price returned to what looked like a stable pre-sanctions range of $60-65, and the strengthening of the dollar ended. In short, markets seemed to move broadly in line with the changing political and macroeconomic fundamentals – until everything suddenly went haywire in early December. For the next three weeks, until December 24, the S&P 500 collapsed by 16% for no apparent reason, Brent oil plunged from $61 to $50, the dollar again strengthened, and yields on ten-year US bonds fell from 3% to 2.7%.

If all of the main fundamentals suggest that economic growth in 2019 could end up as strong or even stronger than in 2018, why, did equity prices and bond yields suddenly collapse last month? Could it be that investors are so confused by political chaos that they have given up trying to anticipate what could happen next?

If so, then markets, instead of being predictive, become increasingly reactive, simply extrapolating recent events. In a world where “nobody knows anything,” investors may be no better than Hollywood moguls at predicting the future.


Anatole Kaletsky is Chief Economist and Co-Chairman of Gavekal Dragonomics. A former columnist at the Times of London, the International New York Times and the Financial Times, he is the author of Capitalism 4.0, The Birth of a New Economy, which anticipated many of the post-crisis transformations of the global economy. His 1985 book, Costs of Default, became an influential primer for Latin American and Asian governments negotiating debt defaults and restructurings with banks and the IMF.