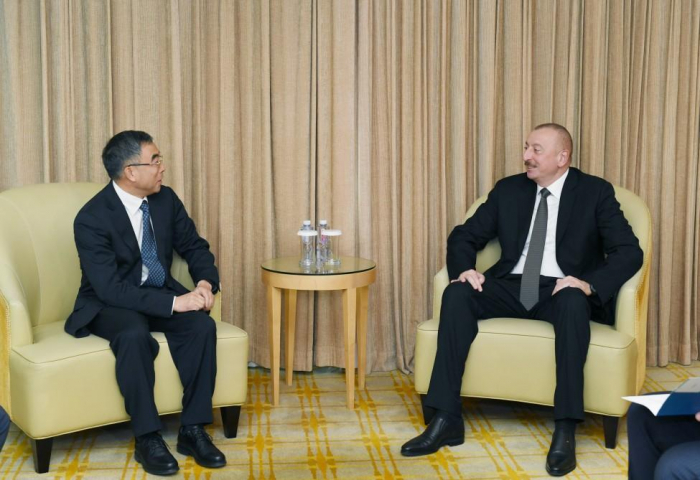 President of the Republic of Azerbaijan Ilham Aliyev has met with chairman of Huawei's Board of Directors Liang Hua in Beijing, Azvision.az reports.

Huawei CEO Liang Hua said the company has been successfully operating in Azerbaijan for more than 15 years. The head of the company thanked the head of state for the conditions created for them.

President Ilham Aliyev praised Huawei's activity in Azerbaijan, saying it was one of the world's leading companies in the field of information and communication technologies. He also said he had been closely acquainted with Huawei's activities during a state visit to China in 2015.

Noting that there are great prospects for cooperation between Azerbaijan and Huawei, the head of state expressed his satisfaction with the traditional participation of the company at Bakutel exhibition. President Ilham Aliyev told about the reforms carried out in the country in the field of ICT, adding that cooperation with Huawei in this area is quite promising.