Since early 2019, over 3 million air passengers served in Azerbaijan 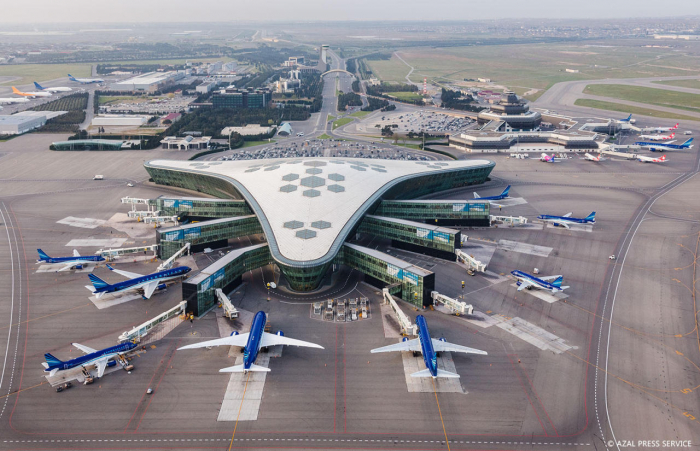 Azerbaijani international airports’ passenger traffic hit 3.06 million people in the first seven months of 2019. Of these, 2.6 million accounted for the Heydar Aliyev International Airport, which is 9% more than the same figure last year.

The second busiest airport is Nakhchivan - 367 thousand passengers from January to July, and the third - the airport of Ganja, which served 85 thousand people over the same period

During this period, the base air carriers - AZAL and Buta Airways carried 1.1 mln. and 306 thousand passengers, respectively. In total, this is about 8% more than in the previous year.

The number of passengers on international flights of Baku airport amounted to 2.27 million, 33 percent of which accounted for AZAL, while 13.4 percent for Buta Airways. The share of foreign airlines during this period hit 53.6 percent.

Heydar Aliyev International Airport (IATA: GYD) is the largest airport in Azerbaijan and the region in terms of passenger and freight traffic, takeoff and landing operations, the airport terminal area and capacity of the cargo complex.

Heydar Aliyev was also named the best airport among airports of Russia and CIS countries for the level of the provided services for the three years in a row and awarded the maximum rating of "5 Stars" according to Skytrax World Airport Awards. In 2019, Heydar Aliyev International Airport was named the best airport with a passenger traffic of up to 10 million according to the Sky Travel Awards.