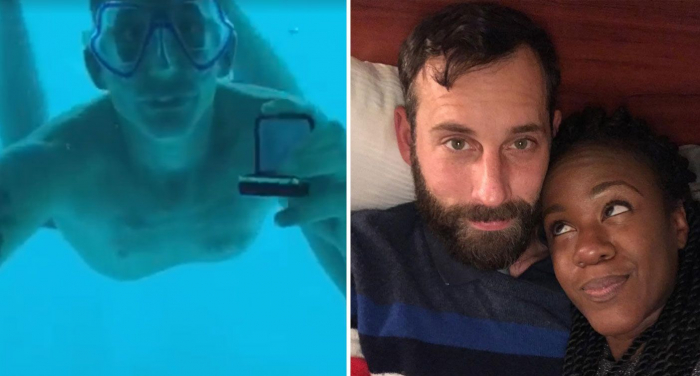 A Louisiana woman says her boyfriend died soon after delivering an underwater proposal, which she received standing inside the couple's submerged resort hotel room.

Kenesha Antoine shared the tragic news Friday in a Facebook post. She recorded the proposal, where Steven Weber swam up to the hotel room's window and proposed using a handwritten note placed in a waterproof container.

The video shows Antoine's delight at the proposal. Weber quickly flashes an engagement ring before appearing to swim toward the water's surface.

"You never emerged from those depths, so you never got to hear my answer, 'Yes! Yes! A million times, yes, I will marry you!!' " Antoine wrote.

The resort has been identified as Manta Resort in Tanzania, the BBC reported.

The U.S. State Department is aware of reports of a tourist's recent death in Tanzania, a spokesperson said Saturday. No further details were released.

Antoine, identified by The Advocate as a Baton Rouge attorney, could not be reached for comment.

Matthew Saus, CEO of the resort, confirmed that a male guest drowned while he was free diving alone outside the underwater room Thursday. Saus said the accident is being investigated by local police.

"Our sincerest condolences, thoughts and prayers are with his girlfriend, families and friends impacted by this tragic accident," Saus said in a statement.

Antoine memorialized Weber in her Facebook post with numerous photos and videos, showing the couple smiling and laughing.

Weber was remembered by friend Roxanne Hare: "It's not just a cliche that he always had a smile on his face. He was a fun guy," Hare told The Advocate.