Belarus goes to the polls to elect new parliament 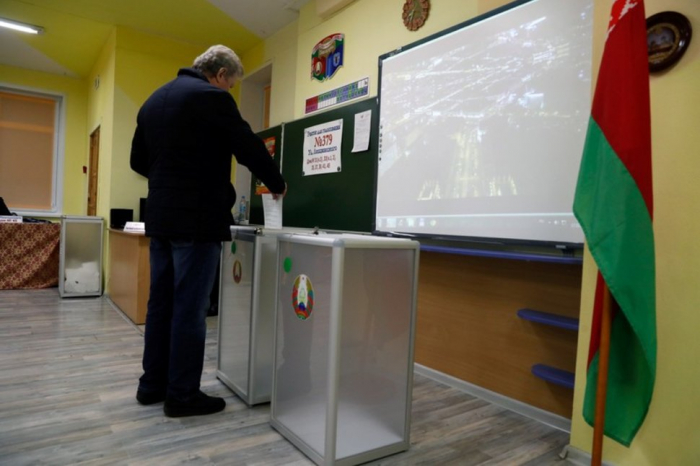 Today Belarusians are going to the polls to elect a new House of Representatives, AzVision.az reports citing BelTA.

Voting will be running from 8.00 till 20.00. However, precinct elections commissions in military units, sanatoriums, hospitals, rest homes, and other healthcare organizations may declare voting finished before 20.00 once all registered voters have cast their ballots.

A total of 110 constituencies (the same number of MPs will be elected) have been formed for the elections to the House of Representatives. An estimated 5,831 polling stations will function, including 46 abroad.

According to the Central Election Commission (CEC) of Belarus, as of 16 November a total of 513 candidates will stand in the elections to the House of Representatives of the national Assembly. No candidate stands unopposed.

Elections to the House of Representatives are held in single-mandate constituencies. The results are determined by a majority-vote electoral system. Elections are considered valid if more than half of the registered voters cast their ballots within a constituency. The candidate who gets the biggest number of votes wins the elections.

An estimated 6,880,605 people are eligible to vote at this year's parliamentary elections in Belarus.