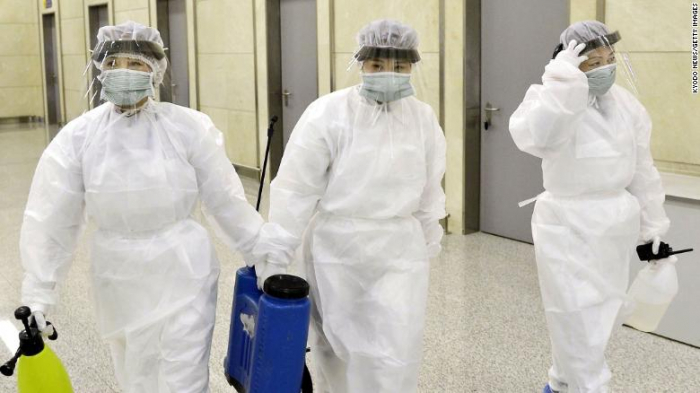 By Joshua Berlinger and Yoonjung Seo

It's now about two months since a deadly novel coronavirus was found in the Chinese city of Wuhan, and nearly every country and territory in East Asia has confirmed a case.
But not North Korea.

One of the world's poorest countries has, according to its public statements, managed to avoid the virus despite the fact that in neighboring mainland China, it has killed more than 600 people and infected more than 31,000.

More than 300 people have tested positive for the virus in over 25 places around the world -- including the other two countries that share a land border with North Korea -- Russia and South Korea.
In fact, every country and territory within a 1,500-mile radius of North Korea, except for sparsely populated Mongolia, has confirmed a case.

It's unclear how North Korea has been able to avoid the virus. Pyongyang has either been very lucky, isn't saying something or is reaping one of the few benefits of being a so-called "hermit nation."

The country has not publicly acknowledged any confirmed coronavirus patients, but Nam Sung-wook, a professor at Korea University who previously served as the head of South Korea's National Intelligence Service (NIS), said it's very possible someone inside North Korea -- a country of 25 million people -- has been infected.

Researchers are still trying to determine how the virus spreads, but it is not believed to be airborne. It's also unclear if the virus can spread via feces or if infected patients without symptoms can pass it on to others.

But Nam suspects a Chinese patient could have infected someone from North Korea across their shared border.

"We know that the Chinese regions close to the North Korean border, such as Dandong and Shenyang, have confirmed patients. About 90% of North Korean trade is with China and we know so many people, trucks and trains passed through the border between the two nations before North Korea installed recent regulations" to stop the virus from getting into the country, Nam told.

Despite not publicly acknowledging any confirmed or even suspected cases, North Korea has been uncharacteristically transparent regarding its efforts to combat the virus. It appears the country is taking the epidemic very seriously, according to reports in state-run news service KCNA.

North Korea has closed its borders to all foreign tourists, most of whom are Chinese, as a precautionary measure, according to one travel agency that runs tours inside the country. Pyongyang did the same during the Ebola outbreak of 2014.

On January 30, state news agency KCNA reported that authorities had declared a "state emergency," and that anti-epidemic headquarters were being established around the country. On Monday, KCNA said all people who entered the country after January 13 were put under "medical supervision."

However, several experts who spoke to CNN were skeptical Pyongyang's purported testing ability. And given the country's intense secrecy it's unlikely the world will ever know if any of the measures North Korea has taken will actually work.

North Korea is considered one of the world's most reclusive and secretive states, and information about everything from its top leadership under leader Kim Jong Un to daily life outside the capital of Pyongyang is notoriously hard to come by.

While most countries announce senior government appointments, like a new foreign minister, North Korea often does not -- and experts are often required to sleuth through state media and external sources for clues.

The country's healthcare sector, historically, is no different. North Korea has never formally acknowledged how many died during its devastating 1990s famine. Experts estimate as many as 2 million people may have been killed, and those who fled the country at the time shared horrific stories of death and survival.

"North Korea has such a limited supply of basic medicine that public health officials need to focus on preventative medicine. They would be ill-equipped to deal with any kind of epidemic," said Jean Lee, the director off the Hyundai Motor-Korea Foundation Center for Korean History at the Washington-based Woodrow Wilson Center. 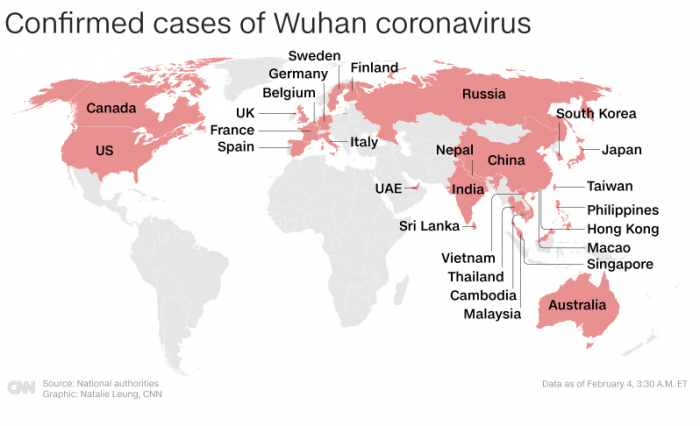 Doctors who have defected in recent years often speak of poor working conditions and shortages of everything from medicine to basic healthcare supplies.

Choi Jung-hun, a former physician in North Korea who fled the country in 2011, said when he was helping to combat a measles outbreak in 2006 to 2007, North Korea did not have the resources to operate round-the-clock quarantine and isolation facilities.

He recalled that after identifying suspicious cases, manuals for doctors said patients were supposed to be transferred to a hospital or a quarantine facility for monitoring.

"The problem in North Korea is that manuals are not followed. When there wasn't enough food provided for the people at hospitals and quarantine facilities, people escaped to look for food," Choi said.

A health crisis, but a political opportunity

Lee, who previously worked for The Associated Press and opened the newswire's bureau in Pyongyang, also said the epidemic may serve multiple political purposes for the Kim regime, including giving him time to plan his next steps in nuclear negotiations with the United States, which have been on the rocks for months.

"We're seeing the North Koreans use coronavirus as an opportunity to retreat into self-imposed isolation at a time of political uncertainty," said Lee. "Kim Jong Un needed to buy some time to recalibrate his internal and external strategy and messaging on nuclear negotiations."

The virus also gives Pyongyang a new excuse to further tighten its borders and justify the draconian social restrictions most North Korean people live under, Lee said. North Koreans can be severely punished for criticizing the Kim family and the ruling regime. Most cannot access the internet or any information from the outside world that has not been approved by state censors.

The majority of North Koreans also do not enjoy freedom of movement and are required to receive government permission to travel to other provinces. Very few are permitted to travel abroad.

For those that can move, transport is very difficult. North Korea is not completely connected by roads, and most of the public relies on a highly dysfunctional and derelict railway system. Short journeys of a few hundred miles can take hours or even days.

Clamping down on its borders could have an unintended economic effect. North Korea's economy is heavily reliant on trade with China, as most other countries will not trade with Pyongyang due to international sanctions.

Closing the border could shut the country off from its economic lifeline, said Evans Revere, a former assistant secretary of state for East Asia and the Pacific and current senior adviser at the Albright Stonebridge Group.

"The need to seal off the borders will have a devastating economic effect on North Korea. Because of international sanctions, US pressure, and the absence of any significant aid coming in from the ROK (South Korea), North Korea has become even more dependent on China," Revere said in an email. "With the border shut down, Pyongyang is probably panicking right now."

But those travel restrictions and challenges also provide something of a benefit from a public health standpoint.

"North Korea has the best control system in the world," said Choi, the doctor who defected.

"North Korea probably is best at limiting social contacts and regional traveling because they've been practicing that for 70 years. The difference now is making the regulations even tighter. So this system will be helpful for them to prevent any virus from spreading wider."

Josh Berlinger is a Digital Producer at CNN's Hong Kong bureau. He has been with the company since 2013.

Yoonjung Seo is a producer in CNN's Seoul bureau, where she covers North and South Korea.