Power is everything – and progressives forget that at their peril - OPINION 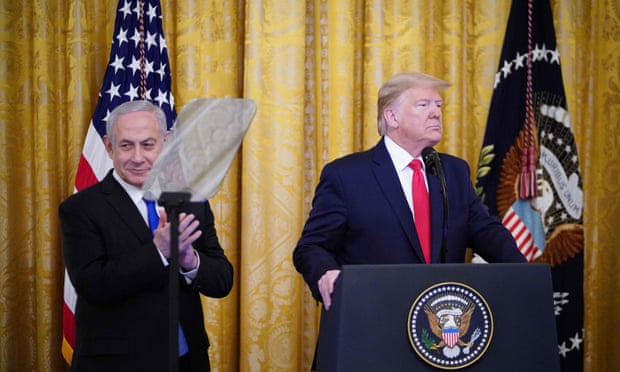 You take comfort where you can. Especially at a time like this, when the side of progress is beleaguered when left or liberal values are taking a hammering on every front, apparently losing every battle, it’s natural to cling to whatever blanket of consolation we can find. When a single week can see Britain leave the European Union and Donald Trump bragging and swaggering in vengeful celebration as he escapes punishment for a high crime he clearly committed, the need for soothing can become intense. One such solace is that, despite the concrete defeats visible all around us, the left is somehow “winning the argument”.

That view lives on in corners of the British Labour party. Witness those diehard followers of the party leader, insisting that Prime Minister Boris Johnson’s decision to nationalise Northern Rail or introduce free hospital parking proves that it was Jeremy Corbyn who really won the big contest of December 2019. Perhaps those devotees didn’t notice the keywords in that sentence: “Prime Minister Boris Johnson”.

In the US, a more defensible version of this attempt to find sunshine in the gloom centres on the observation that politics exists downstream from culture, and that while three of the four institutions of the US government (the presidency, the Senate and the supreme court) are in the hands of the right, at least power over the commanding heights of the culture – the media, the Academy, entertainment – lies elsewhere. On this view, Trump might well retain the White House in November, even if he once again loses the popular vote; just as Republicans enjoy a structural advantage in the Senate, even as they regularly win far fewer votes for that body too – but liberals will always have Hollywood.

However, these comforts are delusional. If recent events have reminded us of anything, it’s that in politics, power is the whole ballgame.

In the US, Trump is crowing that he has succeeded where his predecessors failed by coming up with the Middle East “peace plan” that represents a “historic breakthrough” in the conflict between Palestinians and Israelis. The quote marks around those phrases are doing some very heavy lifting. It’s not a peace plan at all, but rather a rubber stamp of approval for the wishlist of one side of the conflict – namely, the Israelis – or, more accurately, for the most extreme elements of that one side. Naturally, no Palestinians agreed to this plan, nor was a single Palestinian present at the unveiling.

To greet it as a historic breakthrough was an absurdity that would have made Lewis Carroll blush. To watch Trump applaud his achievement was to watch a football manager praising his side for winning 10-0 when they were the only team on the field and the opposing goal was open and empty. If only Obama, Bush Jr, Clinton, Bush Sr, Reagan or Carter had realised that success meant simply giving one side all it wanted, why, they could have negotiated a historic breakthrough decades ago.

Obviously the Trump peace plan will fail if its objective is to bring peace. But if its true aim is to reframe the conflict, to redefine the parameters of any future negotiation away from the two-state solution that has long been the international consensus and towards an arrangement that will allow Israel to annex all the bits of the West Bank it wants, leaving Palestinians with a fragmented, Swiss cheese of a state comprised of disconnected enclaves, then its prospects are much healthier.

Like it or not, Trump’s ludicrously (and dangerously) unjust plan will be the starting point for any future US administration. If an incoming US president wants to adopt any halfway credible plan, they will first have to rescind many or most of the concessions to Israel that Trump granted – and that will cost political capital. Thus has Trump already left a lasting imprint on that corner of the Middle East, inflicting yet more loss on a people, the Palestinians, who have already lost so much.

In Britain, the damage is of a less lethal variety, but still deadly serious. Johnson’s government is stepping up its war on the BBC, seeking to erode public support for the licence fee that funds it and boycotting its flagship news programmes. This week it widened its attack to include other news organisations, and indeed the principle of a free and independent press, by attempting to handpick which outlets are and are not allowed to cover it, a move lifted straight from the Bumper Book of Trump. The effect could be a fundamental reshaping of the British media landscape, altering the way this society learns about itself and, in turn, how its democracy functions.

The point here is that neither Trump’s anti-peace plan nor Johnson’s assault on the BBC were the policies on which those men were elected; they were not in their party platforms or manifestos. And yet they illustrate the power of elected office, not simply to implement a stated programme but to make the weather, to set the terms of trade. Most significant of all, a party in power has the ability to create the conditions that ensure it keeps it.

The anti-BBC project is an example, aimed at weakening a source of accountability that might otherwise make life harder for this Tory government. The looming threat to the UK judiciary is another, as Johnson plots his revenge for last autumn’s supreme court ruling, which voided his unlawful suspension of parliament. Armed with a Commons majority of 80, the prime minister now has the power to shrink that potential check on his authority. In the US, control of the presidency and the Senate has allowed Republicans to remake the supreme court in their image, so that it hands down rulings – on party funding, for example – that help them and hurt their opponents.

It’s understanding the power of power, a truth so obvious that it should barely need stating, that is driving some battle-hardened veterans of past left campaigns to despair. “Nothing. Without power, there is nothing,” fumed James Carville, who ran the last successful Democratic effort to oust a sitting Republican president when he masterminded Bill Clinton’s victory back in 1992. He’s alarmed that some of his fellow Democrats seem to be downgrading, if not actively disdaining, “electability” as a criterion in choosing their nominee. For him it is the first, most fundamental requirement. As he put it after this week’s Iowa fiasco, the only consideration that matters is a candidate’s ability to beat Trump – because “there’s only one moral imperative and that is to beat Donald Trump”.

Of course, “electability” is a hard thing to prove for certain until it’s tested (by which time it’s too late). But the first step is to accept its importance, to recognise that winning power is the sine qua non of politics, literally the thing without which there is nothing. Labour deputy leadership candidate Richard Burgon might worry that party members will panic and “just reach out for whatever is most conventionally electable”, rather than opting for the most “radical” wishlist of promises, but there is a ready response to that. Labour’s experiment with the not “conventionally electable” ended in a conventional crushing two months ago – and there is nothing socialist or radical about that. Its only achievement was to grant the Tories five more years – and the power to reshape the world around them.

Jonathan Freedland is a Guardian columnist.