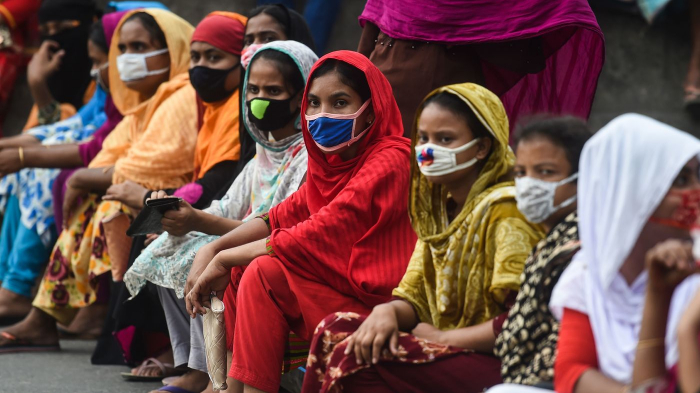 Around the world, civil-society groups and ordinary people are doing what they can to prevent the world's poorest and most vulnerable populations – particularly children – from suffering the worst of the COVID-19 pandemic. Rich-country governments must show the same level of compassion.
NEW DELHI – In the space of just a few months, COVID-19 has changed our world beyond recognition. Wherever one lives, one feels a palpable sense of fear. Yet we do not all respond to fear in the same way. Though we all instinctively want to protect our loved ones, in a deeply unequal world, not all of us have the means to do so.


How Will the Great Cessation End?
TODD G. BUCHHOLZ says US policymakers seeking to restart the economy should heed key lessons from the end of World War II.
14Add to Bookmarks
PreviousNext
Among the most painful consequences of the pandemic is that it has or will hit the world’s most vulnerable children and their families the hardest, driving many households that had escaped poverty over the past two decades back into destitution. Child laborers, out-of-school children, and young people fleeing conflict or disaster are particularly at risk.

Many of these children and their families live in informal settlements, in conditions that make social distancing and self-isolation impossible. Many also have underlying health conditions that put them at increased risk from COVID-19. And many lack regular access to basic services like drinking water and electricity, while lockdowns have ended vital school-based meal programs. Worst of all, many of the world’s poorest and most vulnerable people do not have reliable access to sanitation, let alone health care.

Through our 100 million for 100 million campaign’s work, I know that children in Nairobi’s informal “slum” settlement of Mathare now fear more than ever that they will go hungry. In India, we have opened the doors of Mukti Ashram, a rehabilitation facility for rescued child laborers, to take in street children and to feed the local community. All over the world, communities and civil-society groups are showing compassion by volunteering their time and resources to protect their poorer neighbors.

Nonetheless, the situation calls for significantly more action, and on a much wider scale. Nearly one in five children worldwide lives on less than $2 per day. The International Labor Organization reports that tens of millions of informal workers have already become unemployed as a result of the pandemic. And the World Food Program warns that an additional 130 million people could be pushed to the brink of starvation by the end of this year. All of these trends indicate that marginalized children who were already at risk of hunger could starve.

Government and civil-society efforts to eradicate child poverty and end child labor must be stepped up substantially, both now and in the months and years following the immediate crisis. Evidence from past economic shocks shows that in countries with inadequate or non-existent social protections, many more children will be forced to work.

Moreover, a pandemic makes this especially likely. If adults in vulnerable households die or are incapacitated from COVID-19, the task of earning money to survive will fall to their children. So, unless we act now, the crisis could leave millions more children vulnerable to forced labor, slavery, and trafficking, followed by a lifetime of illiteracy and poverty for those who survive. The long-term impact on an entire generation of children will be catastrophic.

As matters stand, G20 countries have committed more than $5 trillion in spending to mitigate the economic impact of COVID-19. Yet the vast majority of those funds will go to those who are already best able to cope with the pandemic. Some of the world’s richest corporations are benefiting the most, and many haven’t paid their fair share of taxes for years. Meanwhile, hard commitments and support for the world’s most marginalized and vulnerable populations so far account for only a tiny fraction of the global financial response.

Vulnerable children and families must receive a proportional share. The poorest 20% of humanity should be accorded 20% of the funds, which would amount to a transformational $1 trillion. That sum would cover the United Nations’ appeal for charitable giving to tackle COVID-19, two years of low-income countries’ debt repayments, and two years of the annual funding gap for the Sustainable Development Goals. The SDGs include concrete programs to improve access to health, water, sanitation, and education, which is crucial for providing a better future for marginalized children.

Even after covering these outstanding costs, there would still be enough left to fund the social safety nets needed to prevent child labor. It is safe to assume that more than ten million lives would be saved. That is a response to the COVID-19 crisis that humanity could be proud of.

So, I am urging all G20 leaders to look beyond their own borders and to recognize the urgent need for coordinated international aid. I am also calling on US President Donald Trump to reconsider his decision to freeze American funding for the World Health Organization. The WHO is absolutely critical at the moment, and it will continue to play a vital role in supporting basic health care, including vaccinations for children in less-developed regions.

In every country hit by COVID-19, one can find stories of hope. Millions of health workers are providing front-line care for the infected. Teachers are continuing children’s education online. Huge new volunteer networks are taking shape and extending a helping hand to those who lack access to basic supplies, food, and drinking water.

When so many ordinary people are going out of their way to show compassion and assist the poorest and most vulnerable, it would be utterly shameful if national leaders did not do the same. Governments must join us in creating a safer world for all our children. Let this pandemic be the moment when we commit to genuine, enduring change.

Kailash Satyarthi, a Nobel Peace Prize laureate, is Honorary President of the Global March Against Child Labor and the founder of Bachpan Bachao Andolan (Save Childhood Movement).