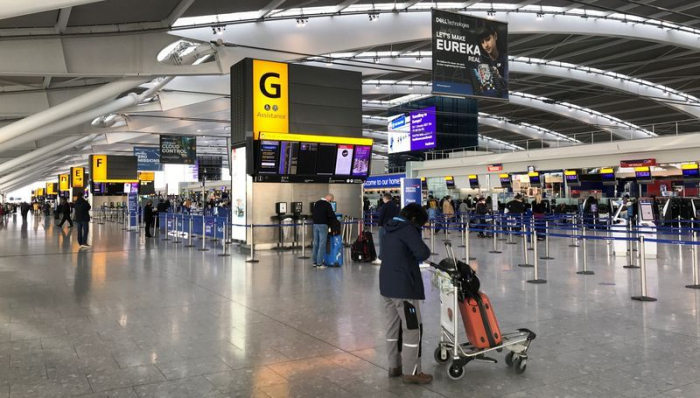 British airports called for urgent government support and an airline industry representative said the sector was heading for a “very difficult” place after Britain tightened its COVID-19 rules for international travellers on Friday.

From 0400 GMT on Monday, all travellers to Britain must have a recent negative COVID-19 test and quarantine at home for 10 days on arrival, unless they test negative a second time five days after arrival.

Tim Alderslade, chief executive of industry body Airlines UK, said the first three months of the year were typically a slow period for the sector, but called for plans to relax rules during the peak spring and summer period.

“Easter is a date that we have got in mind for when we can start to have an aviation sector again. If we don’t start bringing revenue into the sector, we’re going to be in a very difficult place indeed,” he told BBC radio.

“Airlines have been staying in business by taking on billions of pounds of debt which will need to be paid back,” he added.

Britain’s current lockdowns ban most international travel meaning that airline schedules are currently minimal, but the withdrawal of any quarantine-free travel from Monday will be a further blow for the industry.

The latest restrictions were prompted in part by a third wave of the disease that has caused record daily death tolls in Britain, as well as concern about a new coronavirus variant discovered in Brazil.

“The UK and devolved governments (for Scotland, Wales and Northern Ireland) now need to set out as a matter of extreme urgency how they will support airports through this deepening crisis,” she said.

Relief from regulatory, policing and air traffic control costs would help, she added.